Why Rangers should keep hold of Alfredo Morelos at all cost

According to Sky Sports, Rangers have rejected a £3.75million bid from Bordeaux for striker Alfredo Morelos.

The 22-year-old Colombian moved to Ibrox from HJK Helsinki last summer and scored 18 goals in his debut season. He also signed a new contract in March that runs until 2021.

Morelos’ hot form in front of goal has attracted interest from Europe but the Gers are reluctant to sell him this summer. Rangers must remain firm in their decision until the end of the month, now that the Colombian has slowly started showing signs of getting back to his sublime best.

Morelos appears to be settled after an initial struggle for form after Steven Gerrard’s arrival. However, Morelos now looks completely different.

The 22-year-old’s discipline on the pitch is questionable as he picked up 13 yellow cards for Rangers last season. He was also sent off only 12 minutes into Rangers’ first game of the league season, although his ban was lifted after the club appealed.

The petulant kick to Scott McKenna on the opening day was exactly what Gerrard will not want in his team, yet the manager is well aware of the fact that Morelos can score goals. The 22-year-old remains a player who could easily fall into opposition’s gimmick, but after his red card, he appears to have learnt a harsh lesson.

As things stand, Morelos is the focal point of almost every attack and is the head of the spine of the team that manager Steven Gerrard is building. A natural goalscorer is what any debutant manager needs in order to keep the pressure low and in Morelos, Gerrard has a striker with that profile.

So far this season, Morelos has scored an impressive six goals in nine games and was unlucky not to add to his tally against FC Ufa in the Europa League. 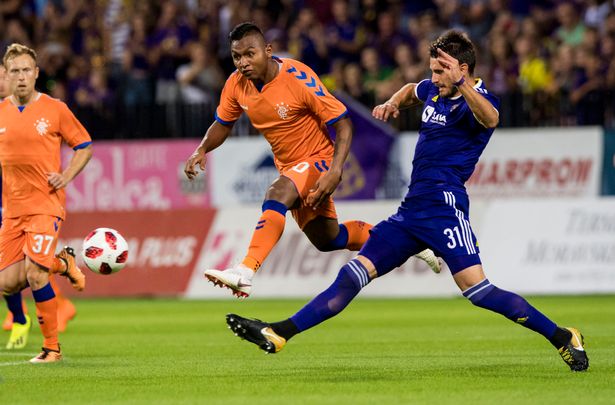 Gerrard has brought in a lot of attacking players this term and most recently, signed Kyle Lafferty. But that shouldn’t tempt him into selling one of his most prized assets in Morelos, as the Colombian’s scoring record speaks for itself. He has enormous potential and will improve with age and experience, and this season has turned into a far too important one for the player.

Despite Lafferty’s recent arrival at Ibrox and Umar Sadiq’s presence in the team, selling Morelos would be a shocker.

Although the young Colombian is likely to succeed elsewhere, Rangers must make it their absolute priority to retain Morelos’ services this campaign. Losing the talented frontman is never an option for Gerrard as he looks to mount a significant title challenge by beating Celtic.