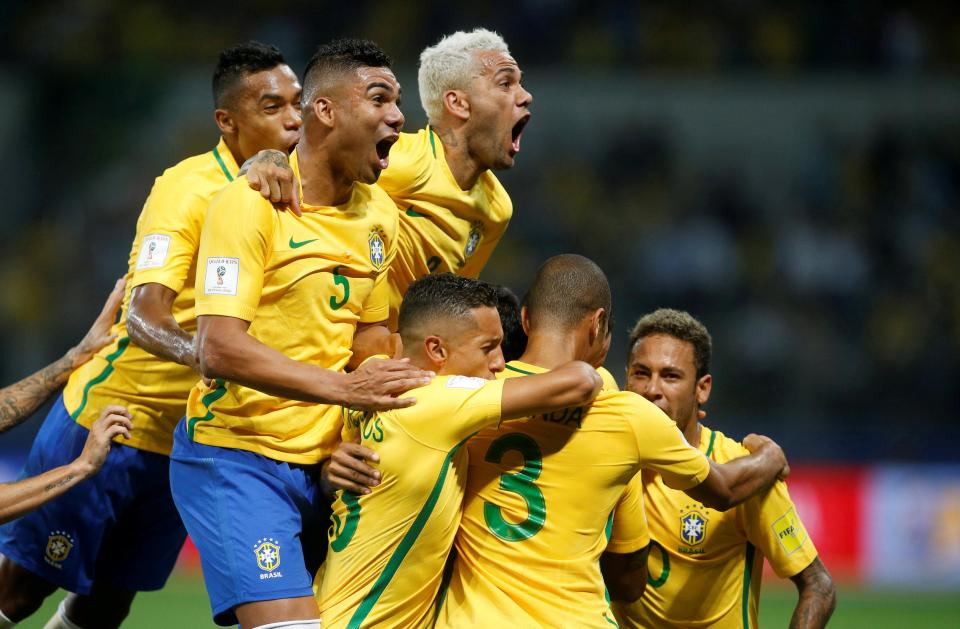 Brazil will look to build on their win against Russia when they face off against reigning World Champions Germany in an international friendly in Berlin on Tuesday night.

The Selecao were in fine nick against the World Cup hosts on Friday as second-half goals from Miranda, Philippe Coutinho and Paulinho sealed a comfortable victory. Manager Tite will be hoping to carry the momentum to the game against Joachim Low’s side, who were held to a 1-1 draw by Spain a couple of days back.

No fresh injury concerns for Tite following their win against Russia but there is a likelihood of him making some changes to the team that started on Friday night.

Here’s how the Selecao could line up against Germany on Tuesday.

The Manchester City shot-stopper has been solid this season for his club and could get the nod ahead of Alisson who started against Russia.

At right-back, the experienced pro, Dani Alves is expected to continue in the starting XI for Tite’s side. He may have to go up against the speedy Leroy Sane on Tuesday.

One of the goalscorers for Brazil against Russia, Joao Miranda is expected to retain his spot in the heart of the defence.

A change could be on the cards with respect to Miranda’s partner at the back, with Marquinhos coming in to replace PSG teammate Thiago Silva.

Completing the back four for the Selecao should be Real Madrid’s explosive left-back Marcelo. He will be a key outlet going forward.

The midfielder got himself on the scoresheet against Russia on Friday night. A pivotal member of Tite’s side, he is a guaranteed starter.

Another change that could be on the cards for Tuesday’s game is Manchester City midfield mainstay Fernandinho starting in place of Casemiro.

The Barcelona man ran the show for Brazil against Russia and will be hoping to do the same against Die Mannschaft on Tuesday night.

On the right flank, in-form Chelsea attacker Willian is expected to feature from the kick-off once again, on Tuesday.

Tite has always preferred to use Gabriel Jesus as his striker but could decide to give Roberto Firmino a go in place of the Manchester City forward.

Former Bayern Munich man Douglas Costa should line up on the left flank for the Selecao, to complete the attacking trident.