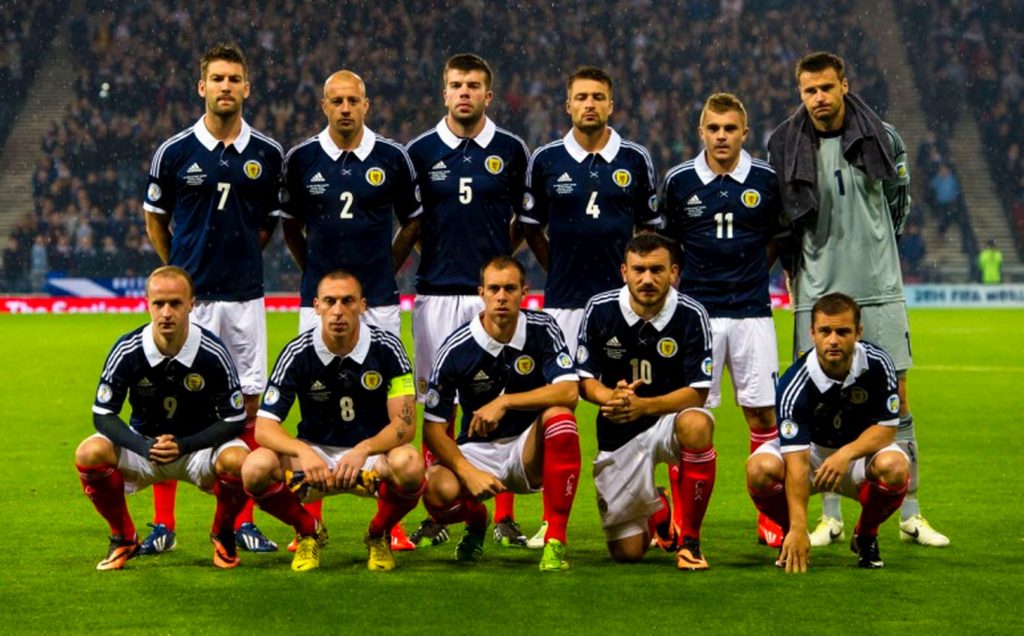 Scotland will face off against North American nation Costa Rica at the Hampden Park on Friday night in what will be new manager Alex McLeish’s first game in charge.

Following their failure to qualify for the summer’s FIFA World Cup in Russia, Gordon Strachan decided to leave the post of the manager. McLeish was named as his successor and he will be keen on getting started with a positive result against the Costa Ricans at home.

McLeish has handed call-ups to as many as 10 uncapped players for his first assignment as the Scotland boss. Manchester United academy graduate Scott McTominay is one of those uncapped players to have received a call-up, along with Wolves full-back Barry Douglas.

However, Kieran Tierney and Russell Martin are set to miss out due to injuries, while Dylan McGeouch has withdrawn from the squad as well. Ryan Fraser has remained with the squad despite carrying a back problem and might not be involved.

Here’s how McLeish could set his team up for his first match in charge.

The 36-year-old goalkeeper could be set to make his appearance for Scotland after a year, with first-choice Craig Gordon out with an injury.

The Cardiff City defender has been enjoying a brilliant season at club level with 8 goals and 6 assists from 26 games. Should start as the right-back for Scotland.

The Norwich City centre-half could be in line for a start against Costa Rica. He will be making his 29th international appearance if he features.

The 21-year-old McKenna has been earning a lot of rave reviews for his displays for Aberdeen this season. A regular member of the Dons side, he could be set to make his senior debut for Scotland on Friday, only seven months after he broke into the Scottish U21 side.

With Kieran Tierney out with an injury, Liverpool’s left-back Andrew Robertson is likely to get the nod on Friday, owing to his recent splendid form for the Premier League outfit.

The Fulham midfielder offers the creative edge in the middle of the park and should be a part of the starting setup against Costa Rica.

Partnering him in the second pivot position in the midfield should be club teammate Kevin McDonald. Will be hoping to fill in the giant shoes left vacant by former captain Scott Brown’s retirement.

The 26-year-old Celtic winger is likely to get the nod on the right flank ahead of West Bromwich Albion’s Matt Phillips.

Another Celtic player, Christie is enjoying a fine campaign away on loan at Aberdeen, having scored 7 goals and registered 13 assists already. Should start as the central attacking midfielder against Costa Rica.

The 28-year-old has impressed since his January loan move to Rangers and could be set to make his international debut on Friday.

With Leigh Griffiths absent due to injury and Chris Martin not picked, Jason Cummings, who is on loan at Rangers from Nottingham Forest could be set to lead the line ahead of Oli McBurnie.