Kyle Lafferty’s only goal of the game sunk Celtic to give Hearts three priceless Scottish Premiership points on Friday.

Lafferty, the Northern Ireland international, smashed home a spectacular volley just before the hour mark to shock the defending champions.

Having rested key men from the starting line-up ahead of Tuesday’s Champions League tie against AEK Athens in Greece, Brendan Rodgers’ move backfired as they slipped to defeat at Hearts.

After Lafferty’s goal, Rodgers threw the kitchen sink as he sent Odsonne Edouard, James Forrest and Tom Rogic into the fray to try and save it, but the game was lost.

Gordon made a good stop to deny Steven Naismith in the first half but never had a chance to save Lafferty’s sensational volley.

Awful afternoon! Simunovic’s atrocious mistake opened the door for Lafferty to seal the deal. He gave the ball away under no pressure and the hosts punished them.

Unlike his partner, Hendry was composed in possession but couldn’t do much for his team.

Was excellent going forward and was also defensively solid, barring a couple of moments.

Naismith appeared to kick Hayes as the Hoops player lay on the ground following a tussle. Didn’t add much verve to Celtic’s attack and was taken off after the break.

Industrious as always but just couldn’t control the tempo of the game. Came close to scoring in the first half but his flicked effort from the corner went over the bar.

The young Ivorian tried his best to get involved in the game but failed. Another chance to impress the manager went begging for Eboue. 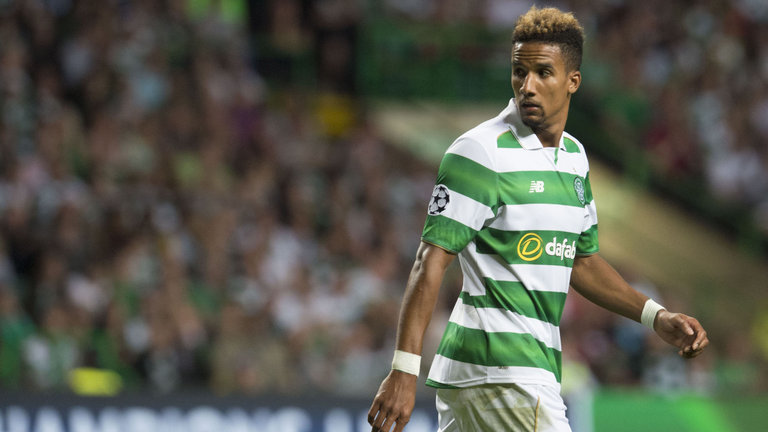 Celtic’s liveliest of attackers, Sinclair caused problems for Hearts defenders with his pace and unpredictability but his efforts lacked the end product.

McGregor was not at his sublime best as he rarely threatened the Hearts backline. Had an effort saved by the hosts’ goalkeeper.

Griffiths had plenty of opportunities but he failed to produce the finishing touch. His effort was cleared off the line, and was denied by a fantastic save from the Hearts goalkeeper.

Replaced Griffiths to add impetus to the attack but couldn’t.

Read more: Here’s why Celtic fans must be genuinely excited about their 20-year-old giant youngster

He came in for Hayes but could do very little to change the scenario for Celtic.

Rogic replaced Kouassi and did bring some intensity to Celtic’s play in the final third. The Australian fired a drive from the edge of the box that went inches wide.