Celtic were dealt a blow in the Europa League as they suffered a 3-1 defeat to Red Bull Salzburg. Club record signing Odsonne Edouard gave Celtic the perfect start by opening the scoring inside two minutes.

But Salzburg made waves of attacks to establish their dominance as the first half wore on. And their dominance paid off after the break when they got their equaliser through Moanes Dabour in the 51st minute. Takumi Minamino gave the Austrian champions a 2-1 lead six minutes later.

Celtic’s misery was compounded when James Forrest was sent off for a foul in the box and Dabour sealed the victory for Salzburg from the resultant penalty.

Gordon made a big save just after the break but cannot be blamed for the other three goals that Celtic conceded.

Another poor performance from the Swede. He was caught out of position a number of times and looked insecure on the ball.

Boyata was really solid at the back in the first half, snuffing out the dangerous balls that came in the box. However, his performance level dropped as Celtic crumbled after the interval.

Hendry put in a forgettable performance at the back as he couldn’t cope with the constant pressure from Salzburg. He was sloppy in possession and his positioning was questionable.

Celtic’s skipper on the night due to Scott Brown’s absence, Tierney put in a good shift at the back. Excellent first half as he marauded down the left with purpose. Had very few chances to move forward after the break as Celtic were completely rattled.

A shocking performance from Ntcham as he looked completely out of depth against Salzburg. He couldn’t stamp his authority on the game and was robbed off the ball on countless occasions. 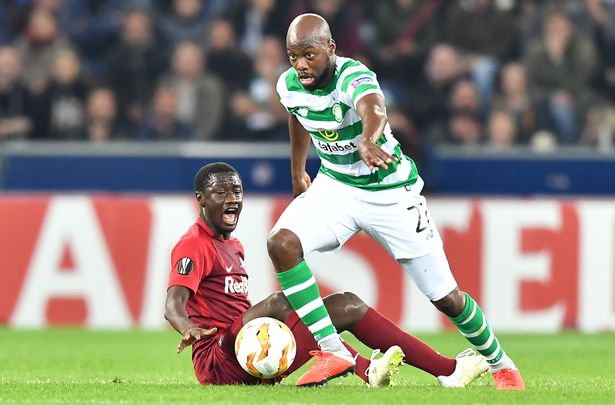 A solid start and was impressive in the opening half. But Mulumbu was booked in the second period just after Salzburg had levelled things up. He faded away before being substituted.

Excellent defensive work in the first half as Forrest worked his socks off. He was asked to cover too much ground after the break on an exposed right flank before conceding a penalty and being sent off.

Played a long ball to Edouard for the opening goal. He got into the book for a needless challenge. Couldn’t impact the game when Celtic chased in the second half.

Griffiths didn’t look 100% fit as his touches on the ball and his movement weren’t clean enough. Cut an isolated figure and was substituted in the second half. 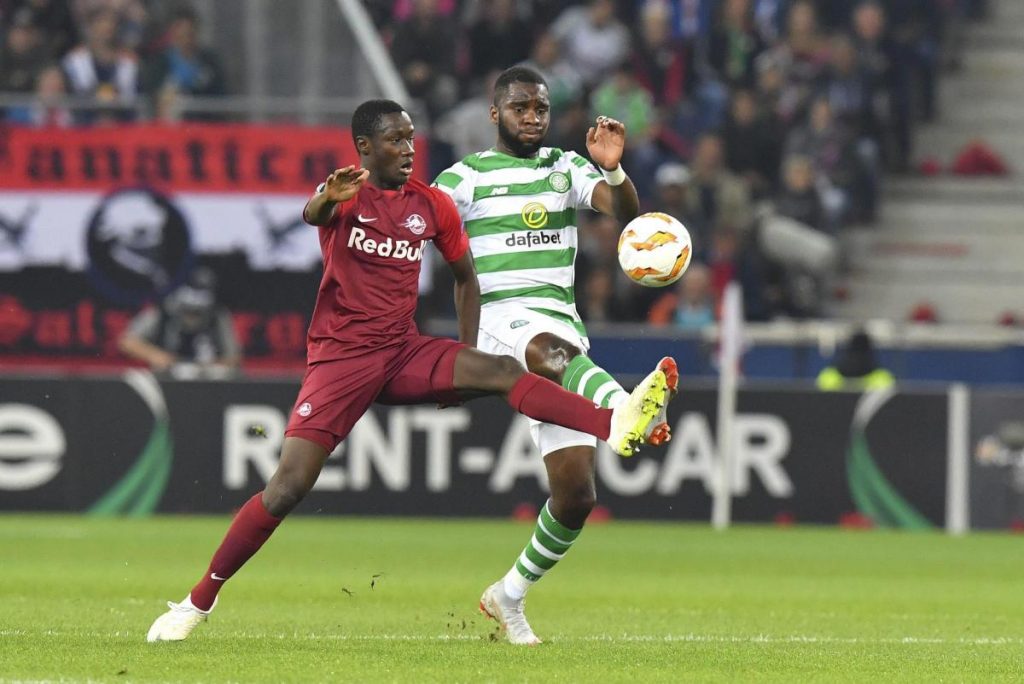 Bullied the Salzburg defender before opening the scoring for Celtic inside two minutes. Other than that, Edouard lacked service from his teammates to make things happen.

Sinclair was brought on to add impetus to the attack but he couldn’t.

Replaced Mulumbu but the game was over by then.

Came on for the final ten minutes as Edouard made way.