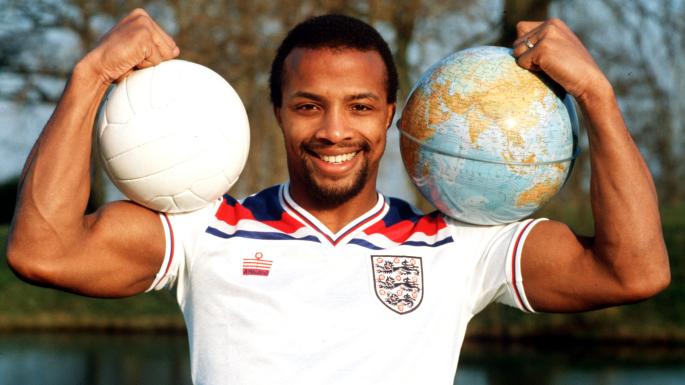 It takes a brave man to tackle racism head-on in the 1990’s, it takes an even better man to change a sport. But that was the sort of man Cyrille Regis was – he undoubtedly paved the way for players of colour to emerge into the Premier League. His untimely death earlier this week at 59 years of age has been hard felt with ex-players, managers and fans pouring in their tributes for the prolific forward.

Cyrille Regis scored a series of cracking goals in big games and along the way, changed how people perceived black players. He formed some fantastic friendships through sport with Dion Dixon, Ian Wright, David Mills and countless others adoring the former West Brom and England striker.

Regis joined West Brom in the summer of 1977 after a successful spell at non-league side Hayes. At the time, he joined a league rife with racism with very few black players in top-flight football. Yet, little did West Brom or Regis know that it would be the start of a hugely successful career, during the course of which, the player ended up netting 81 goals in 241 appearances at West Brom, 56 goals in 238 appearances at Coventry City, 12 goals in 52 at Aston Villa and 2 in 19 appearances at Wolves.

Talking to a lot of older football fans, the common consensus was that he was a hard-working forward, quick and immensely strong. In fact, he had all the qualities that you wanted from a forward but if he played against your team, you would hate him. And that is not because of any reason apart from the fact that he always seemed to score day in and day out.

Despite his tremendous impact on the field, it is his impact off the field that makes him so fondly remembered. Taking away his warm and funny character, Regis became a leading voice for black people in the UK. For a player to be put on a pedestal that sport gives you and not misuse the platform is truly commendable. He used his voice to drive the point home and made black players so accepted, which in itself, is simply incredible.

What he did back then is a stark contrast with so many footballers misusing their platform, especially with social media arguably putting athletes on a higher pedestal than the players of yesteryear. Despite being awarded an MBE, we will never be able to thank Regis for his work.

I never really knew Regis until his death was announced on the 14th of January 2018, but I can see his effects in every training session I take at my local club’s Youth Academy.

In this age, a person’s complexion seems as important as the colour of a player’s shoelace – it seems so secondary now and I’m happy about that. I am happy that every young player is free to play without boos directed at them just based on their skin colour. They probably will never know what Regis had to endure but yet how he got through it and broke down barriers. Regis, I thank you!

I was caught in a bubble that in England, we are dealing with racism so well and the war with racism is over! But despite Regis’s efforts along with the likes of Viv Anderson, racial discrimination still rears it’s ugly head multiple times in the modern game.

The war on racism is far from over. In fact, current Liverpool forward Roberto Firmino is under investigation for racial remarks made against Everton youngster Mason Holgate, involving the use of the ‘n’ word. Regardless of what happened, racism campaigns “Kick it out” and “Show Racism the Red Card”, have not been in contact with Holgate after the incident.

Although neither of them is sanctioning bodies, they should be pushing the FA for sanctions, punishments and awareness.

Yet, in a shocking turn of events, there seems to be more focus from the FA on Holgate’s homophobic tweets when he was 15 years-old. While Holgate’s remarks were out of order, he has deleted his Twitter in the wake of the allegations.

It seems from a fan’s perspective that Firmino has gotten away with blatant racism scot-free while Holgate is staring down the barrel of a ban from the FA. The FA should be dealing with each incident in equal measure and with an equal amount of discretion.

But undoubtedly racism in modern society – and not just in England – was highlighted when Liverpool youngster Rhian Brewster was subjected to monkey chants during the club’s Champions League clash with Spartak Moscow, marking his fourth encounter with racism in 2017.

However, the fans got off free as a bird, despite the UEFA putting a huge emphasis on the campaign “Say No To Racism”.

In terms of black professionals in the 21st century, there seems to be hope with the FA confirming that they will be adopting the “Rooney Rule” when appointing Gareth Southgate’s successor. Formerly limited to American sports, it means the English FA will now interview at least one black, Asian and minority ethnic (BAME) applicant for future roles in the England national team system.

Even if a BAME candidate does not get the job, one member of the FA may recommend the candidate to an owner of a football club and after that, who knows? It will help BAME candidates get on the inside track and that will be a welcome sight.

In the words of Regis’s close friend Dion Dublin, “God needed a striker and he certainly chose the right one.” An amazing forward, a charismatic character and a great example to all professionals.

Maybe in 2018, we can tackle racism head-on, thanks to the work of a pioneer of black football an all-around nice guy. Regis, I thank you for not only breaking down barriers and creating a better world but also making the sport I adore more accessible to all.