The sight that Arsenal fans longed to see ever since the trio of Ozil, Mertesacker and Podolski lifted the World Cup in Brazil. The Germans are back at London Colney donning the new Puma Jersey’s a day after Arsenal clinched the Community Shield defeating Manchester City.

The Gunners host Crystal Palace at home this weekend and its unlikely that the Germans will start the game. However, new signings looked to have gelled very much into the team and are good to go.

It was the usual social media fanatic Podolski, who managed to post few pictures on his Instagram account after their arrival at London followed up by Ozil and Walcott, who welcomed the World Cup heros.

Happy to be back at AFC and ready for the start! #afc #back #poldi #aha #instafollow #london #coyg #redarmy 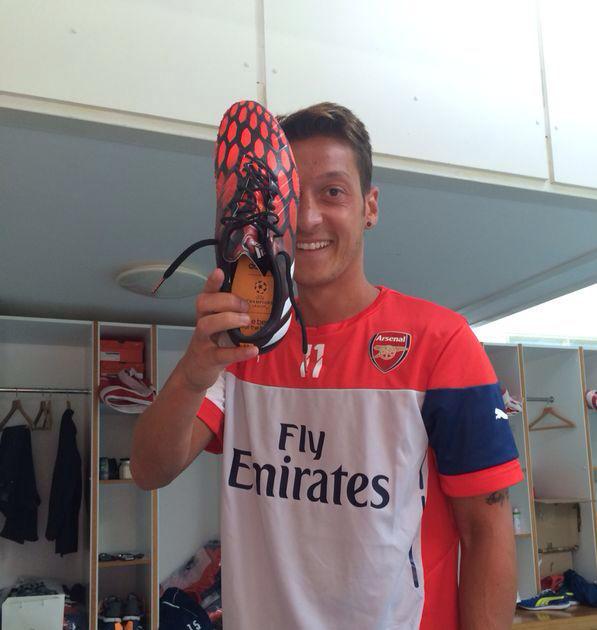