Arsenal star Alexis Sanchez had a great game against Galatasaray as the Gunners beat the visitors by 3 goals. The Chilean scored one while another Summer signing Danny Welbeck scored the other 3 goals.

During the game, Sanchez was a target for many high-flying tackles from the Galatasaray players. Wenger substituted him early in the second half.

While watching the game from bench, Sanchez was found treating his foot with an ice-pack. 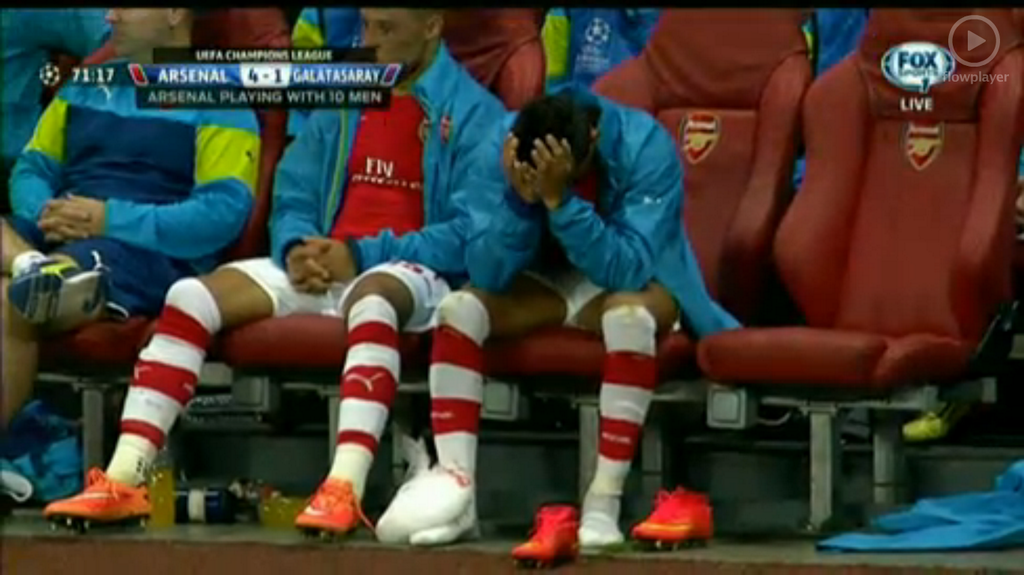 After the game, Arsenal manager Arsene Wenger informed that Sanchez looks alright and he was substituted just for tactical reasons.

“I had to take him off to be a bit more defensive but he looks alright.”

This is a good news for Arsenal as they are about to face the league leaders Chelsea in their next premier league match.