World Cup fever has certainly hit its heights! American President Barack Obama was presented a separate airborne conference room while he was travelling to Minneapolis. Obama watched the US national team take on Germany in their final Group G encounter.

Although USA lost the game, thanks to Muller’s 4th goal of the competition, they have managed to qualify for the knock out stages where they will take on Belgium to book a spot in the quarterfinals.

Earlier today, Arsenal star Mesut Ozil who played a vital role in the game, tweeted the picture below with the message: 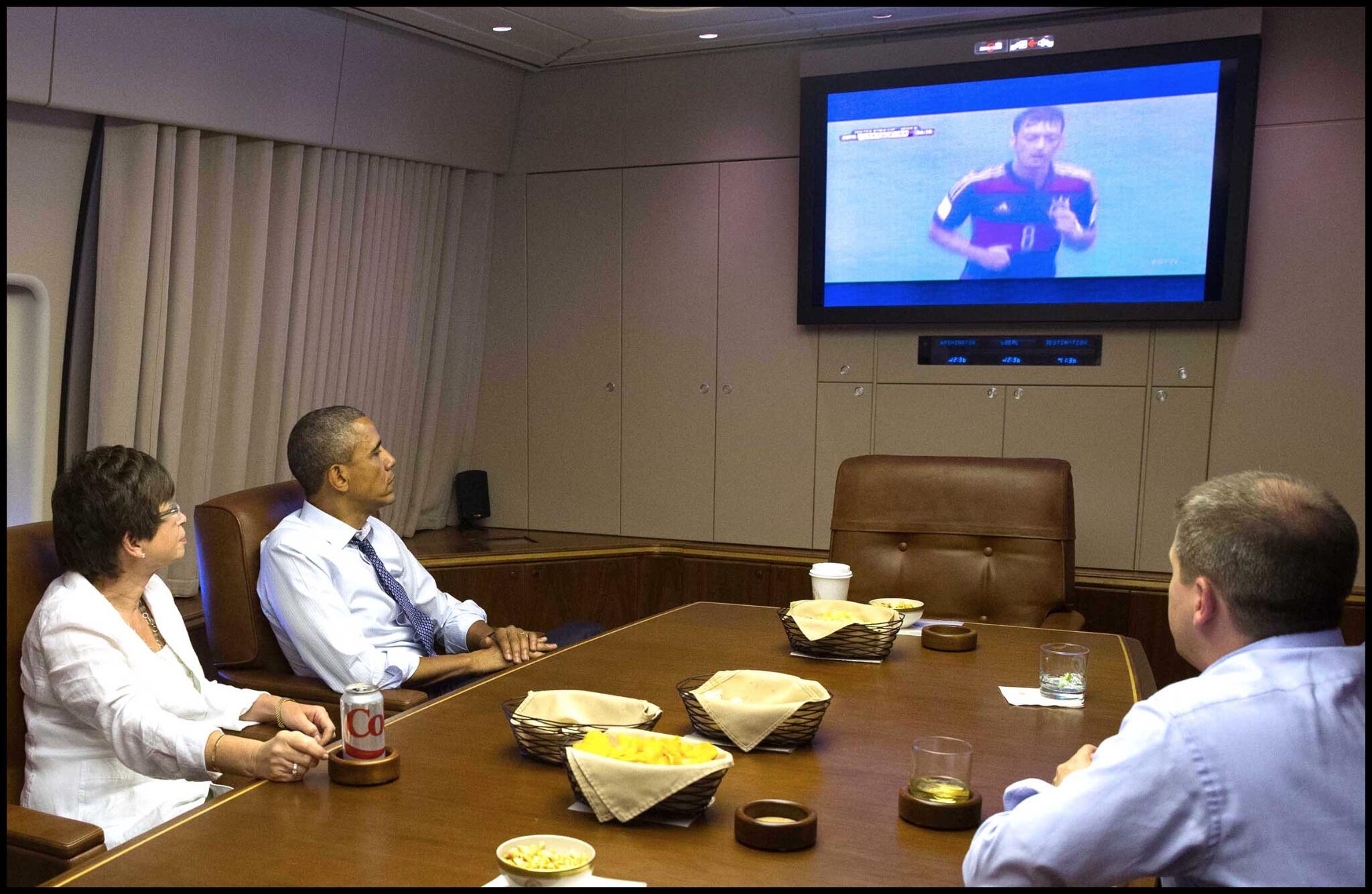