Well, we have got them all now! and no it was not at Old Trafford after Manchester United’s stalemate with Chelsea.

A Danish couple got so very bored that they ran into the turn and decided to make love on the turf. Of-course not in front of anyone, but after the match and after the crown had exited the stadium.

It was a Danish Superliga match on Sunday evening between Brondby and Randers which ended in a drab 0-0 stalemate, but the duo however made full use of the pitch. The picture was snapped by Brondby Press Officer Mikkel Davidsen and posted in his social networking account which went viral since then. Well at least someone managed to score last night!

However, the couple’s thrill seeking adventure ended prematurely when the the club’s security guards caught them. We are not sure what happened since then. 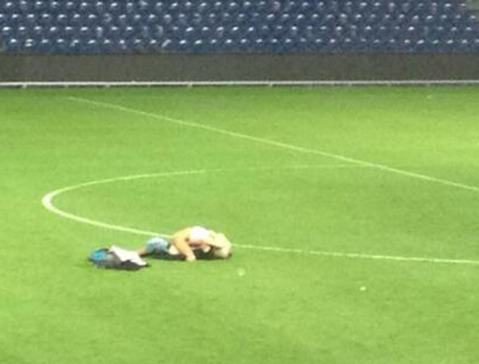