A picture of Santi Cazorla and Robert Pires holding a sign which mocks rivals Tottenham went viral last night as the duo attended a television program back in France. Whether it was photoshopped or did Cazorla and Pires knew what they were holding is a different question, but Cazorla has sent out an apology tweet just now.

Here is the picture followed by the apology tweet from Cazorla: 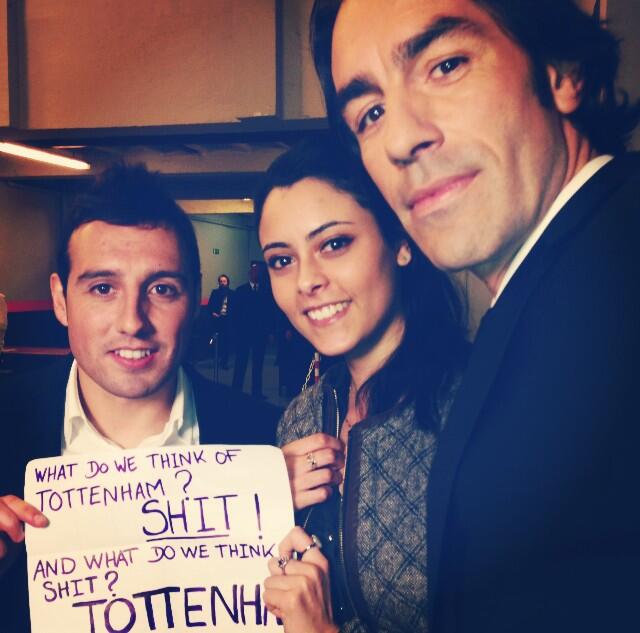