Arsenal fan @JamesClarkAFC, is the reason for the excitement amongst Gooners worldwide. James, who happened to travel to Brazil to support England, came across Arsenal’s official home and training kits which are set to be launched at the start of July in an Official Puma store.

He posted the below image, with the message:  New Arsenal jersey spotted in OFFICIAL Puma Store in Macau #afc #puma 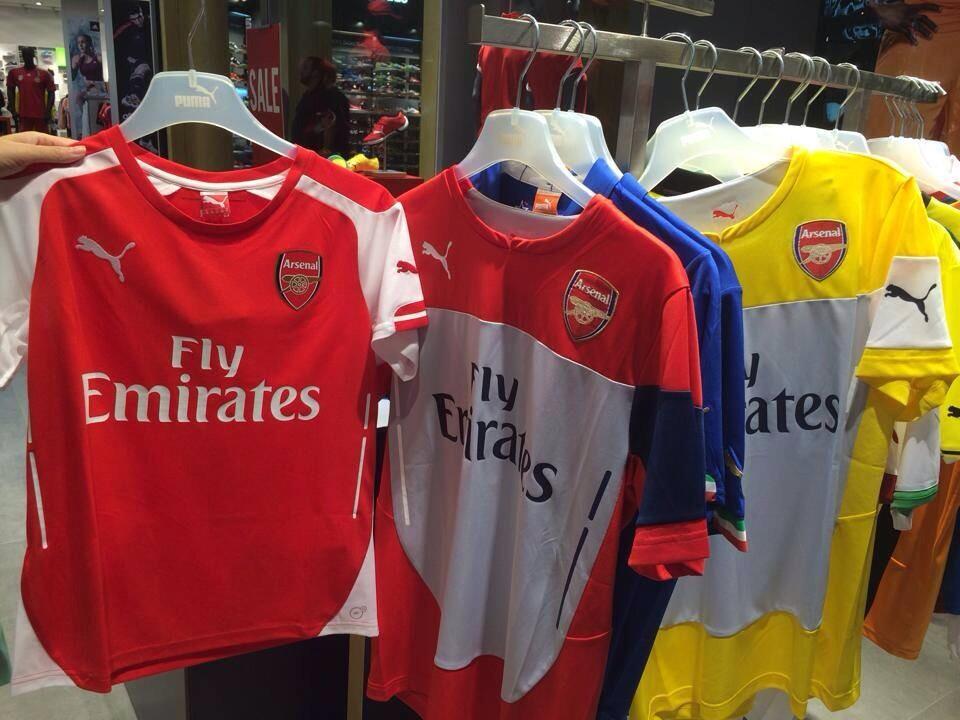 Certainly looks a lot better, than the previous versions of the leaked images.

A better image of the home kit : pic.twitter.com/OcvDNcWmIf