For long, Ivorian right back Serge Aurier has been courted as a replacement for Bacary Sagna, but off late the rumors have been cooled down and the Gunners have since, been linked with various other defenders.

Earlier today, Skysports reported that Arsenal have been in contact with Newcastle over the potential signing of Mathieu Debuchy. The defender who is currently in Brazil with the French national team has been the preferred choice over the former Arsenal right back Sagna, which goes to say about the potential the youngster has.

It is said that Arsenal are preparing a £11m bid for the Newcastle player. Although a deal is unlikely to happen anytime soon due to his commitments in Brazil, Debuchy have given a potential hint to the Gunners regarding his future as he has deleted his Bio on Twitter, which had references about his involvement with Newcastle. 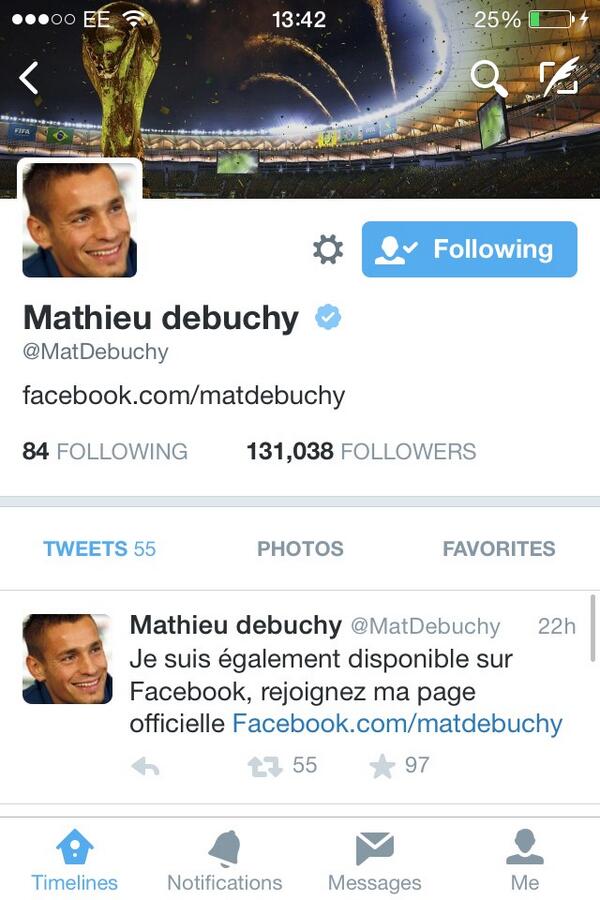