England are through to the World Cup quarterfinals after winning a penalty shoot-out against Colombia. A penalty from Harry Kane had England ahead before Yerry Mina scored in the closing moments of the injury time to take the game to extra-time.

The penalty-shootout was a moment to remember for young goalkeeper Jordan Pickford. The Everton goalkeeper was the hero for the Three Lions in a week where he has been under scrutiny.

Former Arsenal manager Arsene Wenger suggested the goalkeeper might be the weak link in this England team, which followed on from Thibaut Courtois firing another shot when he failed to stop Adnan Januzaj’s curling goal for Belgium last week.

But Pickford proved his detractors wrong on Tuesday, making an extraordinary save off Carlos Bacca to help earn England a vital shoot-out win. A moment like this from the young man can go down in history as one of his finest moments, along with Eric Dier’s decisive kick.

Well, Pickford wasn’t supposed to be a World Cup hero this early. In fact, he found himself way down the pecking order for the England No.1 shirt just a year ago. Coming into this World Cup, England was facing a bit of dilemma in the goalkeeping position.

Joe Hart, England’s undisputed No.1 in goal for a long time, had a dismal campaign on loan at West Ham from Manchester City and was rightfully axed from the World Cup squad. Credit to manager Gareth Southgate for taking such a bold decision but England’s other options in goal were far from being reliable.

Fraser Forster continues to be error-prone, Jack Butland was good but couldn’t save Stoke City from relegation, and Nick Pope had an excellent breakthrough campaign for Burnley but is a novice when it comes to the international stage. Considering everything, Southgate has gone with Pickford as England’s No.1 in goal and the Everton man has so far repaid the faith.

Pickford, who had a mixed bag in his debut Everton campaign, received his 7th cap against Colombia after full backing from Southgate.

At 6ft 1in, the 24-year-old isn’t the most commanding of figures in goal and is prone to get bullied by physical opponents in the box. But he stood tall against Colombia, clutching the balls in the air with utmost east and coming off the line quickly whenever required.

At one moment, it seemed England were heading home as Jordan Henderson missed his spot-kick but Pickford did enough to unsettle Colombia’s fourth taker, Mateus Uribe, whose powerful shot came off the crossbar.

And then Pickford made a clutch save to deny Bacca, becoming the first English goalkeeper since David Seaman in 1998 to do so at a World Cup shootout. Dier then converted his spot-kick that set the England fans in jubilation. 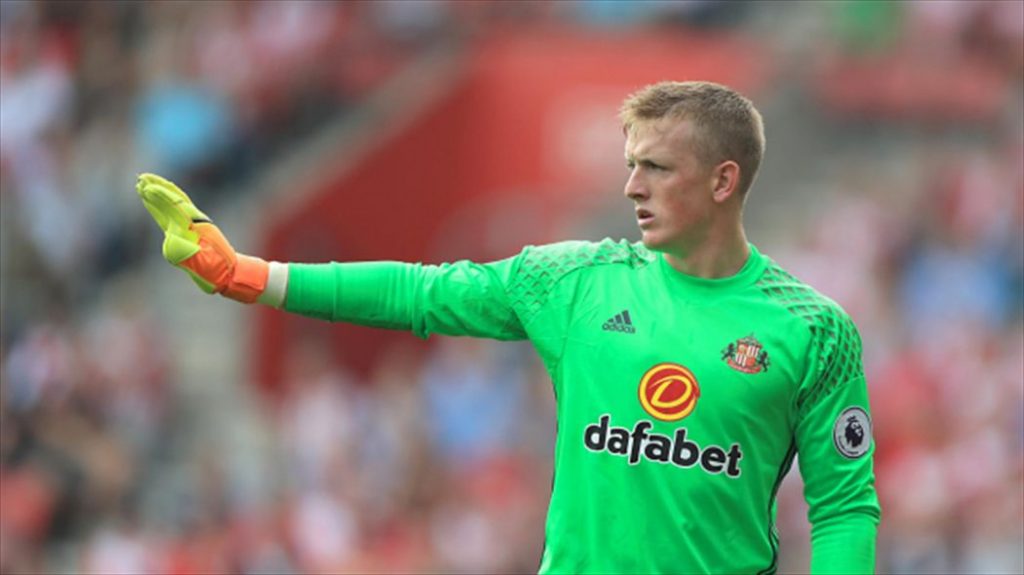 England slayed the demons of their manager Southgate and Euro 1996, and Pickford turned out to be the real architect of the script.

Pickford’s strong mentality, coupled with his high ability and calibre has since made him his country’s No.1. The Everton shot-stopper is a sublime talent and has all the tools to become the best in the Premier League.