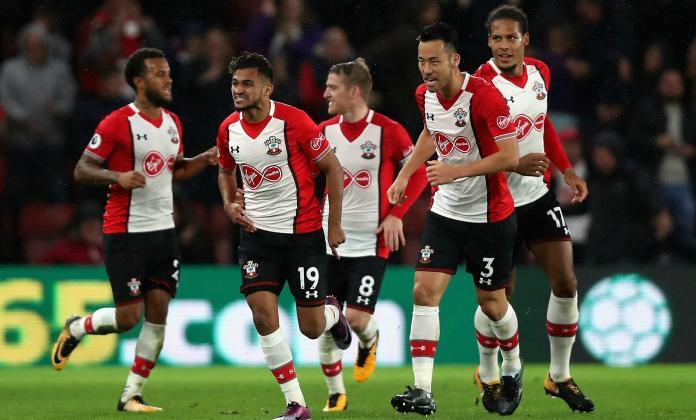 Southampton, notoriously known Premier League’s popular selling club, had a disappointing inception of the Premier League campaign under new boss Mauricio Pellegrino and are one of many sides that are fighting to retain their top-flight status.

They, however, have a little ray of hope after a series of favourable outcomes and their crucial win over West Brom has rejuvenated them ahead of hosting Liverpool at St. Mary’s. The Reds are known for repeatedly raiding the Saints during the transfer windows and their latest acquisition of Virgil Van Dijk will originate a hostile ambience on Sunday evening.

Southampton seem to have shaken off their injury concerns and now hold a fit squad, barring striker Charlie Austin who is still a month away from returning from his thigh strain.

Pellegrino has struggled to find out a settled set-up but seems to have one now and is likely to field his side in a 4-2-3-1 formation against the Merseysiders.

McCarthy is now being preferred between the sticks over Fraser Forster since a disappointing Wembley outing against Tottenham Hotspur and the custodian should retain his place against the Reds as well.

The Portuguese full-back is consistently performing down the right-hand side of the Saints ‘back four’ since replacing Nathaniel Clyne and should start against Liverpool on Sunday evening.

The youngster is not only defending well but is also scoring goals and helping his side to grind out results in survival race. He should start the weekend’s game ahead of Maya Yoshida.

The Dutchman took time to settle in but is now a regular starter since Van Dijk’s exit and will line up against Liverpool at St. Mary’s.

Romeu will continue to protect his defence with crucial blocks, hard tackles, interceptions and holding ability. He will have a job to nullify the opponents in the middle of the park and win the midfield battle.

The ex-Juventus midfielder seems to have his rhythm back and is now performing consistently in a box-to-box midfield role. Lemina was majestic against the Baggies and will be determined to continue that way against Liverpool.

The versatile Englishman will keep on troubling the Reds’ backline with his movements, link-up play and sublime set-piece skills. The youngster was sensational at the Hawthorns and his deadly free-kick proved to be the decider in a 3-2 win. Ward-Prowse will be keen on continuing his form with an eye set for a place in England’s World Cup squad.

Tadic should be handed an advanced midfield role with a view to link up with fellow attackers, tee it up for the wide attackers and provide support to the lone forward up front.

Arrived with high expectations, showed glimpses of his brilliance but has struggled to find consistency so far since moving from Lille. The Moroccan wingman, however, is now having an impressive run down the flank and is tipped to retain his place.

Pellegrino handed a start to new recruit Guido Carrillo but also has alternate options in the form of Shane Long and Manolo Gabbiadini. I am expecting Long to get the nod due to his vast experience and great record against the Merseysiders.