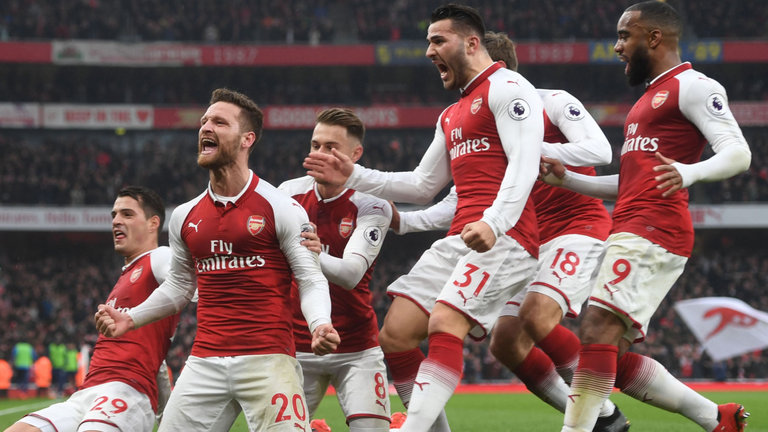 Arsenal survived an early scare against CSKA Moscow in the return leg tie of the UEFA Europa League quarterfinal but managed to clinch a result on Thursday night to progress through to the semi-finals of the competition.

They, however, have been drawn against Atletico Madrid and have a monumental job to beat the Rojiblancos and eventually win the title to earn a backdoor entry into next season’s Champions League.

Arsenal are almost irrelevant now in a Premier League top-four race and would be better off concentrating more on European glory rather than fielding a strong line-up versus Newcastle United on Sunday at St. James’ Park.

The veteran custodian is at the twilight of his career and is frequently making errors that are troubling his team. However, Ospina’s injury will see him continue between the sticks.

His defensive work rate still needs to be improved but the Spaniard has rediscovered his form to some extent. However, he needs to keep improving.

The German international was having a troublesome campaign with injuries and erroneous displays. He, however, is now back in business with impressive performances and has earned back reliability in central defence.

The Englishman has impressed in limited opportunities, particularly during the unavailability of Mustafi or Laurent Koscielny. The Arsenal skipper might be rested against the Magpies and hence Chambers should start here.

The ex-Schalke fullback started the season brightly but lost his place eventually. The left-back holds great attacking intent with physicality, overlap runs and crosses but needs to work more on his defensive duties and discipline.

The Egyptian was the architect of Arsenal’s comeback against CSKA Moscow and is likely to return to action this weekend after his red card against Southampton got rescinded by the Football Association. He helps in retaining the shape in midfield and also win back possession with his tireless runs and pressing.

The highly-rated Swiss international has not been able to live up to the expectations but might still get a run of games due to the lack of a midfield general in the Arsenal squad.

The highly-rated youngster has received enough first-team opportunities. The Nigerian has certainly shown his sparks but is yet to perform consistently. He will be 22 next season and needs to step up his game to ensure a long-term future in North London.

The English midfielder has left no stone unturned to impress his manager. He tried to settle in a deeper role and has also featured in an advanced midfield slot at times. The Englishman has had a decent campaign overall and should start here against Newcastle despite the injury scare.

The ex-Manchester United forward guided the Gunners to a win against the Saints and also scripted a comeback on Tuesday night versus CSKA Moscow and will be looking to continue his sublime form until the very end of the campaign.

The former Borussia Dortmund superstar has already netted 6 times in 7 league games for Arsenal and is a sure starter on Sunday.