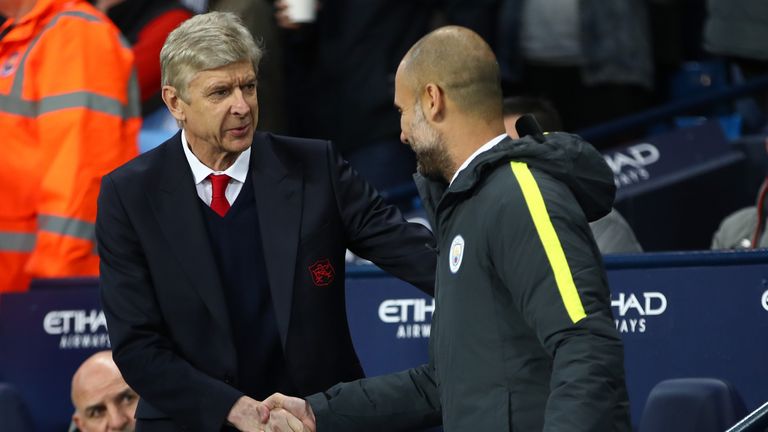 Arsenal were handed a huge blow in the title race as Manchester City defeated the Gunners 2-1 at the Etihad. Arsene Wenger’s men took the lead as early as five minutes into the game after Alexis Sanchez teed up Theo Walcott to finish from. But it was always going to be hard for the visitors against the attacking threat that City possess.

However, they looked to sit deep and defend and did it well for most parts in the first period, but the gates came down very early in the second half as Leroy Sane ghosted past the Arsenal backline with surprising ease to hit home a delightful pass from David Silva to level things up.

City never looked back from then on as they kept the relentless pressure on the Gunners and finally got the desired result as Kevin De Bruyne sent a peach of a pass for Sterling to score and seal the game for the Citizens. The Gunners did try hard for the equalizer late in the game, but could not find a way through.

With the loss, Wenger’s men dropped a place to fourth in the league table and are just one point above Tottenham and 9 points behind leaders Chelsea. In what was a very crucial game with the top four race in perspective, let’s assess how each Arsenal player fared on the evening:

There was not much he could do to stop Leroy Sane’s equalizer, but should have done better with Sterling’s effort after getting beaten at his near post. Has failed to keep a clean sheet in 8 consecutive games now.

Typical energetic performance full of running from the Spaniard. Was always a threat going forward and did manage to get in good positions at times but could not apply the finishing touches. Solid at the back.

Was largely resolute at the back and made a few crucial interceptions and blocks, but could not withstand the waves of attacks City threw. A poor mistake almost led to an own goal. 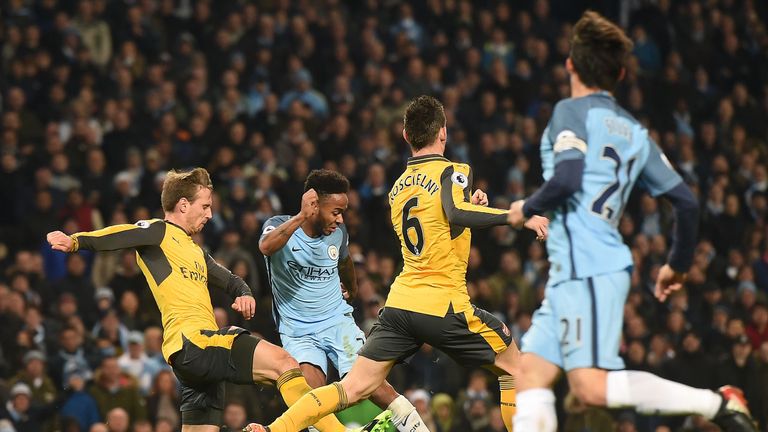 Marshalled the backline well in the first period, got into the faces of the City players and his aggressive defending got him a yellow card. Things, however, fell apart after half-time for the Frenchman and Arsenal alike.

A so-so display by the Spaniard, was good at times going forward and defensively but was equally troubled by both Sane and Sterling. Let the English winger get past him for the winner.

Made some crunching tackles throughout the evening, strong physically, but like the rest of the Arsenal team, faded off with time.

Poor performance by the summer signing. Gave away the ball cheaply at times, did not provide the necessary screening for his defenders and succumbed under the heavy pressure from the Citizens. Took his chance very well early in the game to put Arsenal ahead with a tidy finish. Was always a threat going forward and came close with a header. But petered out as the game progressed.

Completely anonymous. A lot is expected from the German, especially in the big games but he failed to deliver on the evening. Extremely poor.

Was picked ahead of Oxlade-Chamberlain and Iwobi started well with his pace causing some issues to Pablo Zabaleta on the right-side of the City defence. But another player whose impact waned in the second period.

His pace, his intelligent running caused problems for the City backline. Set Theo Walcott up for the opener with a sharp pass. Always offered an option for the out-ball for his defenders as he ran the channels and chased down long balls. Seemed to have picked up a knock that hampered him slightly.

Came on for Iwobi after the hour mark, but was subbed off within 15 minutes after he sustained an injury.

Came on for Coquelin in the 75th minute as Arsenal went in search of the equalizer. Was starved of service and did not have an impact.

Replaced the injured Chamberlain with just over 10 minutes left to play in the game. Was booked for a foul.