Zinedine Zidane has come under considerable fire this year from fans and journalists alike, yet Madrid’s 3-1 Champions League win at the Santiago Bernabeu against “Champions league favourites” PSG show you can never really doubt Ronaldo and co.

Ronaldo too has come under considerable fire this term notching only 25 goals in all competitions so far this season, a very low tally by the Portuguese forward’s standards. And it seemed the same old story at the start of the clash with Ronaldo sending two shots sailing high over the crossbar, then later on only to be denied by a brave save from PSG Goalkeeper Alphonse Areola taking the almighty shot power of Ronaldo directly to the face.

Ronaldo’s night only seemed to get worse after the French league Champions elect went 1 goal ahead courtesy of Youth product Adrien Rabiot after being set up by the combined trickery of Cavani and Neymar.

But Ronaldo and co dug deep proving PSG considerable worry from short corners, and at the stroke of half-time, Ronaldo’s chance came after Argentinian Lo Celso brought down Madrid Midfielder Toni Kroos in the box bringing the German international down by his neck giving referee Gianluca Rocchi no chance put to award a penalty.

With Green lasers obscuring Ronaldo’s vision the forward took one deep breath and fired the ball past the French Goalkeeper and firing Zidane’s men back into the game.

This obviously angered PSG and after half-time, the Parisians came out of the blocks in top gear with Neymar, Cavani and Mbappe proving a considerable worry for Real Madrid’s defence.

Zidane then sent on youngsters Lucas Vazquez and Marco Asensio late in the game with the latter definitely making his mark teeing up Ronaldo for Madrid’s second, and later picking out Brazilian Marcelo in a congested PSG box for Madrid’s third of the game.

(Zidane and left-back Marcelo have both come under serious fire this term, yet both celebrate as Marcelo nets Madrid’s third)

While many saw this as a clash of two of Football’s heavyweights Neymar saw it as his audition for Real Madrid after being linked so often with a move to the Spanish capital, yet on that note he may have failed with little impact bar the goal and looking as if he was auditioning for the Brazil 2020 diving team rather than Real Madrid with the number of times the Brazilian superstar went to ground.

Make no mistake this is a modern day Clash of the Titans with explosive consequences for the manager that loses, one of these managers will get the chop following an exit from the Champions League at such an early stage with both Team’s owners pinning a huge amount of emphasis on the Champions League.

For PSG so much so the Parisians splashed £198 million on Neymar and eventually will pay over £100 million for Mbappe (at the end of his 1 year loan deal)  in order to seriously compete in the Champions League after last year’s absolute away capitulation to Barcelona, manager Unai Emery has a lot to prove to the Parisian board and fans in equal measure in the Home leg against Real Madrid. 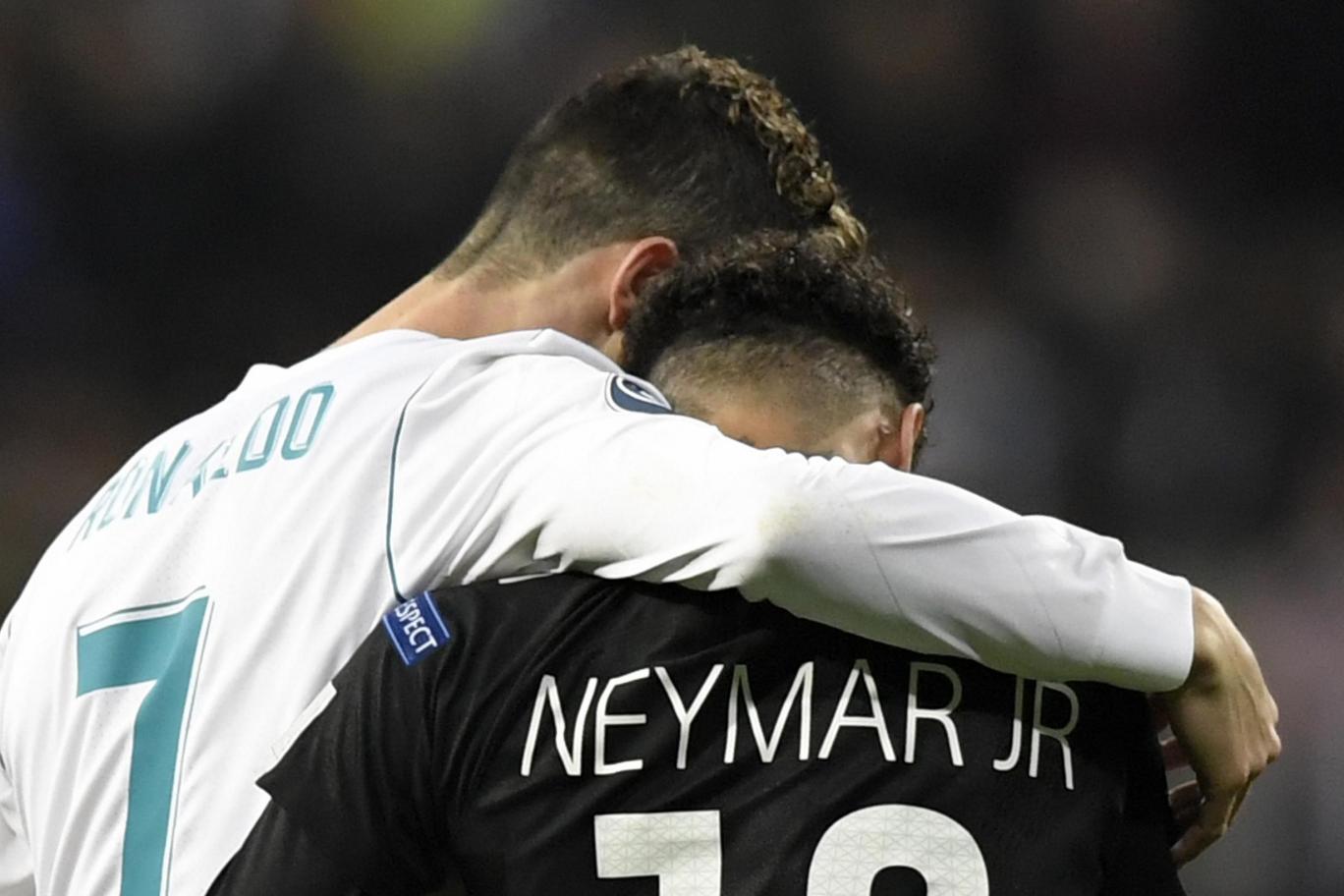 (Ronaldo consoles Neymar after the game with the pair sharing a lengthy conversation after the match had ended, could Neymar leave Paris for Madrid?)

Meanwhile, for Zidane it alleviates some pressure off him, Los Blancos still sit 4th in La Liga behind both city rivals Atletico Madrid in 2nd and Valencia in 3rd. The former Real Madrid midfielder’s job still hangs very much in the balance with Spurs manager Mauricio Pochettinho still touted to take over next season, but for Zizou and the Madrid fans and players alike it sets the stage perfectly for an away clash in Paris with the world waiting in anticipation for Round 2 of this mega-fight.