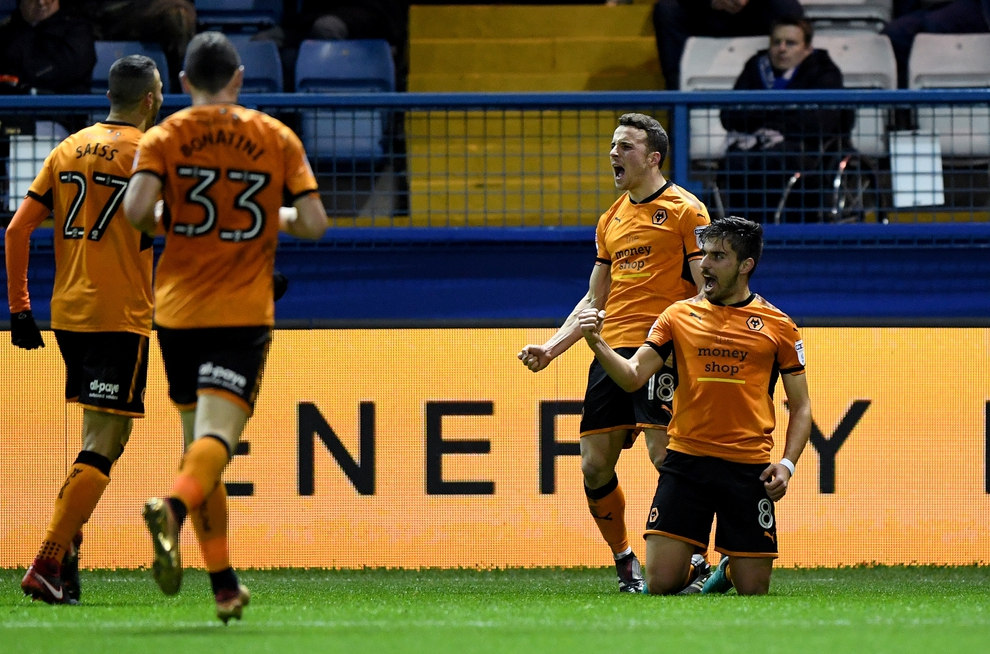 Wolves took a massive step towards the Premier League by ending Cardiff’s 13-match unbeaten run. However, the men from the Black Country were fortunate that Cardiff missed two penalties in stoppage time to hand Wolves the victory.

Both teams came into the game on the back of disappointing draws and were eager to take the win to push themselves closer to the Premier League but the first half was high on effort and short of quality.

In the second half, Wolves stepped it up a gear and Ruben Neves scored a sublime free-kick to put his side into the lead. As the game reached second-half added time, Cardiff were awarded two penalties, one of which was saved by John Ruddy before Junior Hoilett hit the frame of the goal to virtually hand the Championship title to Wolves.

Made a good save early on after a mistake from Conor Coady and held firm when Cardiff pressed towards the end of the game. Made one brilliant penalty save and then watched Junior Hoilett’s penalty hit the post.

Part of a very solid back three that kept the Cardiff attack out. Didn’t have many opportunities to show his undoubted skill.

Clattered into Junior Hoilett in the first minute and struggled with Kenneth Zohore in the first half. He then gave away the first penalty.

A wonderful passer of the ball and is a player who already looks like he is ready for the Premier League. However, he had to dig deep to defend the lead towards the end of the game.

Neil Warnock tried to mark the Wolves wing-backs out of the game but Matt Doherty always looked to be free. 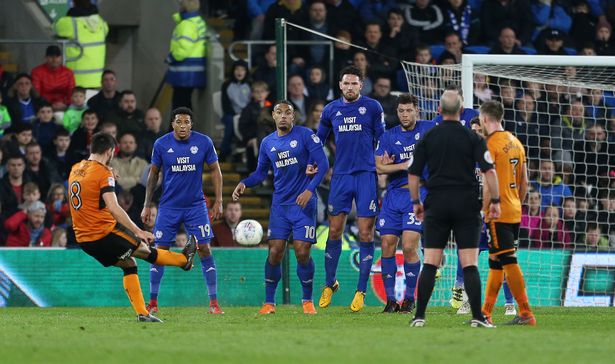 Wasted a good opportunity towards the end of the first half. Defended well once Wolves went ahead.

Scored a beautiful goal from a free-kick. His passing range and skill were on show, throughout the game.

A willing runner and helped his side defensively when the game became manic. A very good display.

A clever and classy player. This perhaps wasn’t the best game for him to showcase his skills. Was replaced as Wolves were pressing for a goal.

Ran all day for his side and looked more comfortable when he moved to a central position. However, he was sacrificed when Wolverhampton needed to tighten up.

A passenger for most of the match but he did hit the post with a cheeky bit of play before being substituted due to an ankle problem.

Came on to stretch the Cardiff defence and had a few sights of goal.

Had a glorious chance to extend Wolves’ lead but couldn’t find the right touch.

Had a chance to extend the lead towards the end of the game but will be remembered for giving away the second penalty.