Glenn Murray struck twice in the second-half as Brighton fought back from a two-goal deficit to earn a point against Fulham on Saturday.

Pascal Gross had earlier missed a spot-kick for Brighton, with Fulham goalkeeper Marcus Bettinelli turning his effort away.

Fulham capitalised on that miss before the break, going ahead through Andre Schurrle’s goal. It looked like Aleksandar Mitrovic had sealed all three points for Fulham by doubling the advantage, however, Murray scored past Bettinelli to give Brighton some hope in the 67th minute.

The veteran centre-forward then put away the hosts’ second penalty of the afternoon to deliver a point at the Amex stadium.

Ryan was a solid presence in goal but he couldn’t do anything for the two goals Brighton conceded.

Another good performance from Montoya, who seems to have slotted very well into the Brighton XI.

Dunk had a nightmare on his return from injury as he gifted Fulham their second goal with a horrendous error. He was bullied by Mitrovic for Fulham’s second goal when he was pressured into giving the ball away for the powerful Serbian to score. A forgettable outing for the Brighton defender.

Slightly better than his partner. Duffy was sloppy in possession with the intimidating Mitrovic giving him a tough time throughout the game.

Bong was caught out of position at times but overall, had a decent game. Offered a good attacking outlet down the left.

March missed a glorious chance to give Brighton the lead in the first half as he failed to keep his shot on target. Otherwise, he was an energetic presence on the field and offered good creativity.

Failed to control the tempo of the game with his passing abilities. Propper looked off-pace and gave the ball away cheaply a few times.

Lacked the pace and energy to stop Fulham’s free-flow football. Stephens had a long afternoon where nothing seemed to go his way. 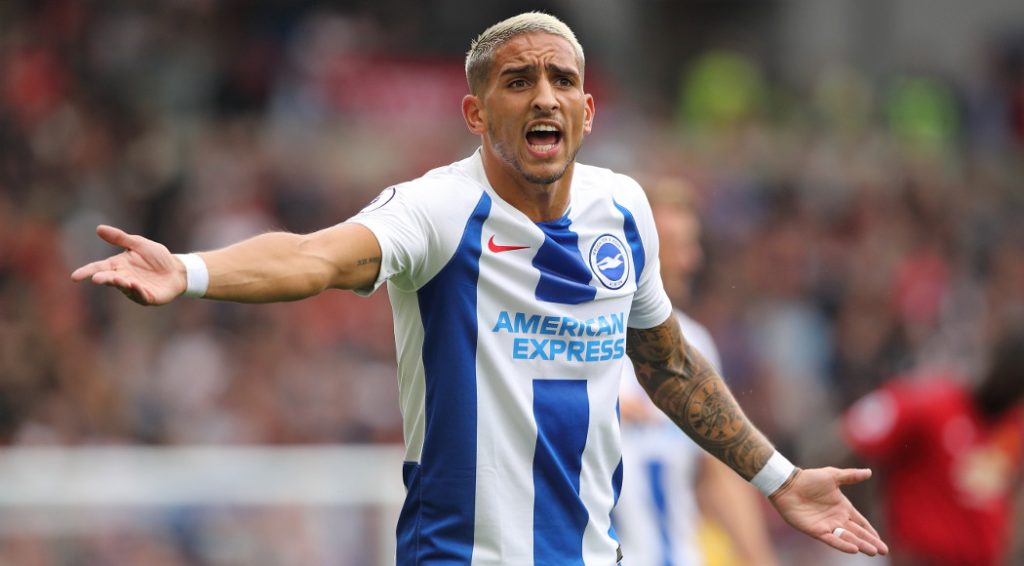 Another industrious display from the little Frenchman, who harried and hassled the Fulham defenders with his pace and movement. His bustling presence kept Fulham defenders on their toes and provided a crisp pass for Murray, who converted the goal to start the fightback.

Gross failed to stamp his authority on the game and his passing was a bit wayward. Missed a penalty too. 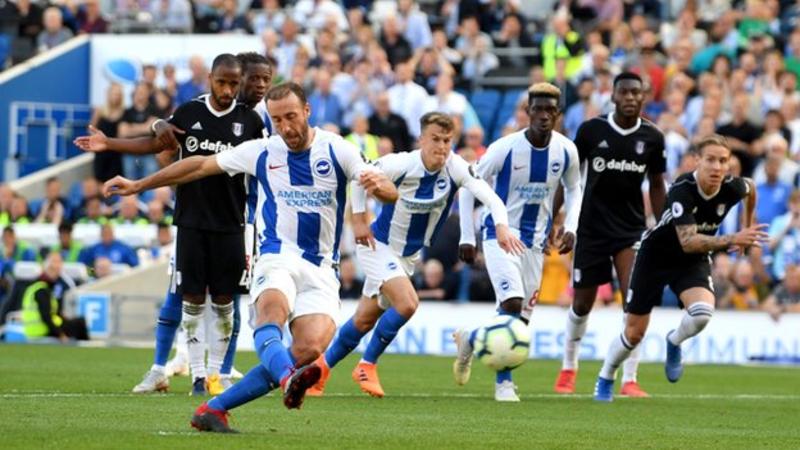 Brighton’s star man, Murray showed why he still remains such a valuable player for Hughton. Held up the play well using his strength, and proved his worth with two goals against Fulham. The veteran centre-forward seems to get better with age!

He replaced Gross in the 60th minute and did well to keep possession. His presence in the attack helped Brighton claw back from two goals down.

He came on for Propper and offered some feistiness to Brighton’s attack.

Jahanbaksh replaced Knockaert with 15 minutes left in the game. Provided creativity to Brighton’s attack when it was most required.