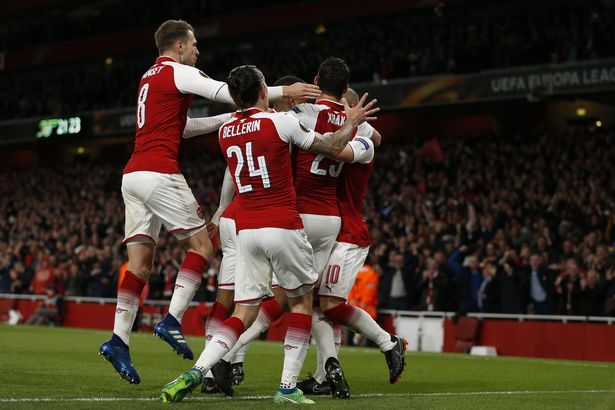 From the start, Arsenal were on top and constantly drove Atletico back. Lacazette was guilty of wasting a volley and then found a header only for the exceptional Jan Oblak to deny him.

The Gunners kept up the pressure, constantly found space and bombarded Atletico’s box with series of crosses from both the flanks. Atletico captain Diego Godin bravely blocked a Welbeck shot before Oblak denied the forward with his boot.

At the other end, Thomas Partey went on a mazy run and squared up Griezmann, whose powerful shot was kept out by David Ospina.

Atletico managed to hold on until the 61st-minute when Lacazette expertly leapt to head home Wilshere’s cross from the left. However, there was a late sting in the tail as Griezmann scored a vital away goal on the counter-attack to seal a 1-1 draw at the Emirates.

Ospina made a fine save in the first half to deny Antoine Griezmann. Distributed the ball well to start attacks and looked assured. However, he was beaten late on.

Bellerin spent the entirety of the game in the opposition half. He was very lively in the attack and contributed as much as he could. Delivered some wicked balls and had plenty of joy marauding down the right. 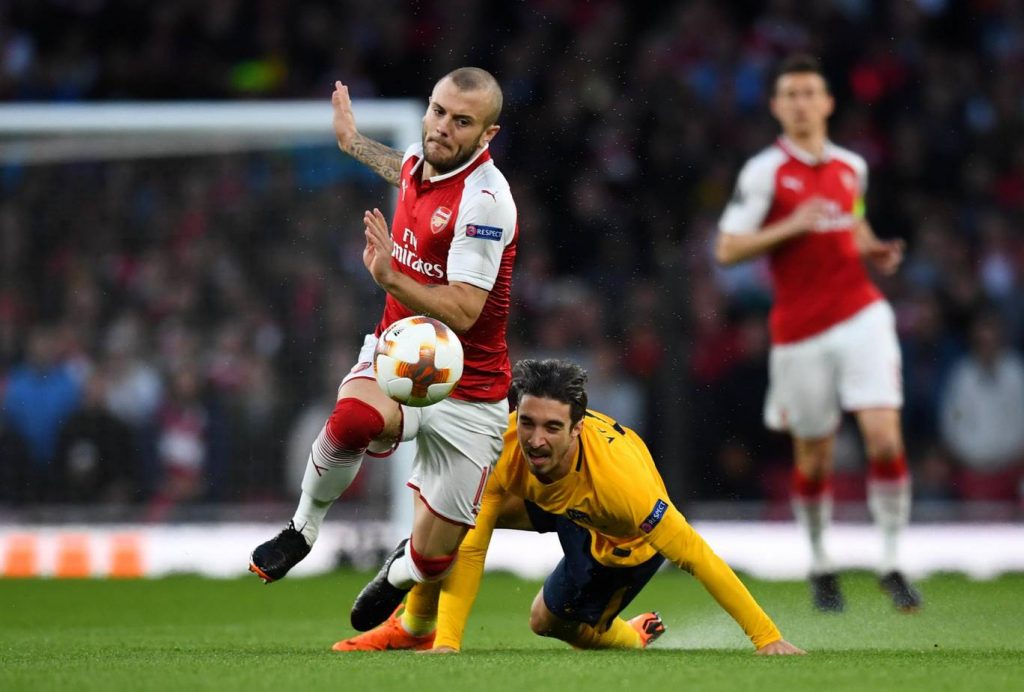 Mustafi had a comfortable night as 10-man Atletico rarely threatened. He kept things simple and did his job well but slipped at the crucial moment when Antoine Griezmann poked home the equaliser.

He stepped out from the back on a number of occasions to contribute to Arsenal’s attacks. Didn’t have much to do but was culpable for his compatriot’s goal.

Monreal was buzzing throughout the game, producing delicious crosses from the left. He went close to breaking the deadlock in the first half but his shot went just wide.

Wilshere worked diligently as he enjoyed a free role on the left-hand side of the midfield. Should have tested Oblak with his header in the first half but put in a fine cross to set up Lacazette’s goal after the break. 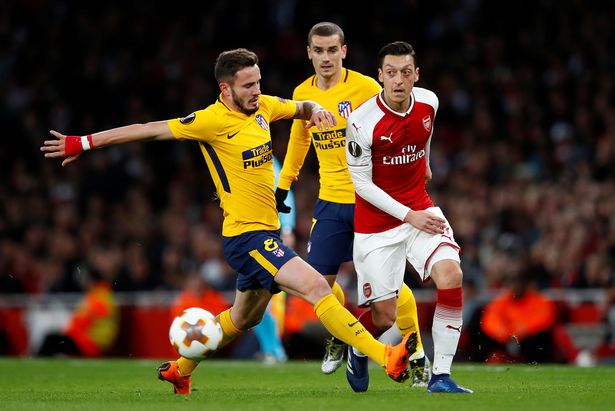 Xhaka started as the deepest of the midfield three and did his job well in shielding the defence and spreading out the play. He dictated the tempo of the game, made some excellent crosses and intercepted the play. The only blemish of the evening was his shooting which was wayward. Barring that, he was really good.

Ramsey offered a different dimension to Arsenal’s attacks. He got forward and made some brilliant runs beyond the defenders. Sadly, he wasn’t spotted by his teammates. As usual, he showed great energy and always looked to create things.

Ozil was creative, direct and showed a lot of industry. The German worked really hard as he always looked to make things happen. His passing was crisp and his vision was unmatched. He thrived and showed his class on a big European night. 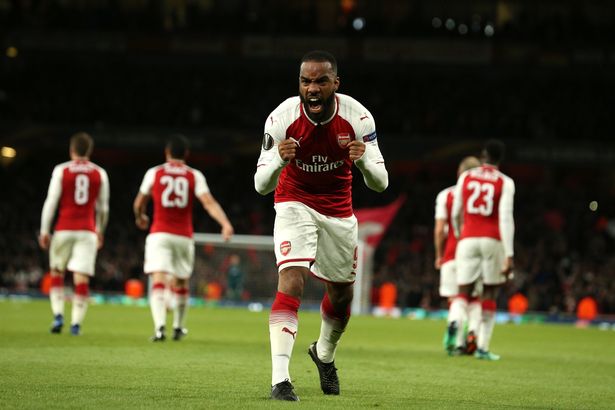 Welbeck was a sparkling presence on the left-hand side in the first half as Atletico defenders struggled to cope with his intensity and pace. He tested Oblak with a rasping shot. His final deliveries could have been better but on the whole, the forward was sublime.

Lacazette was magnificent on the night. He led the line brilliantly and was a constant threat throughout the game. He was denied by Oblak but he never bogged down. He worked tirelessly for the team and his industry paid rich dividends as he got big to head home Wilshere’s cross past Oblak.