Swansea City dented Arsenal’s hopes of finishing in the top-4 as they beat the North London club 3-1 in what was a fabulous team effort. They never looked far from scoring and always had their moments in front of goal. Arsenal undoubtedly had more say in possession, aerial duels and passes completed but were far from dominant.

When Nacho Monreal gave his side the lead, it looked like they would cruise through it but Sam Clucas had other plans. Just seconds after Monreal’s 2nd goal in 2 games, Clucas cleared the deficit. Later on, Jordan Ayew capitalised from an uncharacteristic Petr Cech error before Sam Clucas scored the 3rd killer goal to complete one of the wins of the season for the Swans, who have now won two Premier League games in a row, out of nowhere. They are now out of the relegation zone, having played one game more than Stoke, Southampton and West Brom.

Made a stunning save to deny Iwobi and stopped almost everything that came his way. Couldn’t do much about Monreal’s goal. A good performance.

Was aggressive with his pressing and tackling but was completely switched off when Monreal went in behind him to score.

Fit into the formation well, supported his fellow centre-backs and was sound at the back.

Complemented Mawson and Van Der Hoorn well, hunted in pairs and won almost everything in the air. A solid performance.

Best defender, sighted early danger and shut Lacazette and the No.10 out of the equation many a time. He made a couple of exceptional blocks.

Stood back, held his line and played according to his manager’s tactics. He was decent at the back, played an important part in not allowing any penetration. 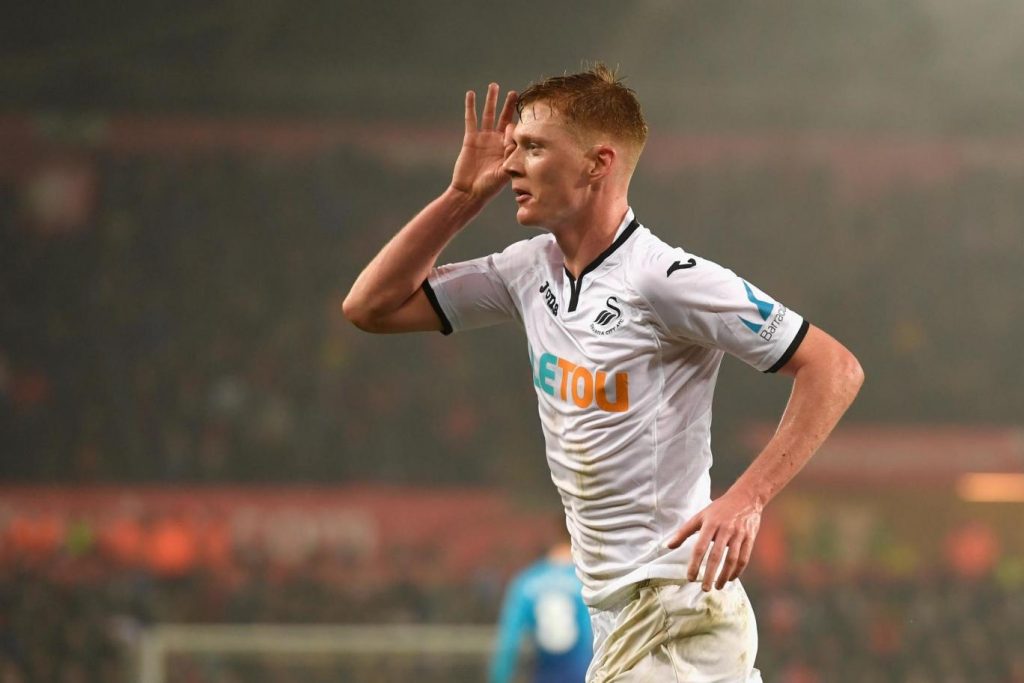 He protected the back line, went deeper to defend whenever required and frustrated Arsenal. It was due to his presence that Fer was able to play a free role.

Expressed himself, didn’t give the ball away and drove past the Arsenal midfield easily. He was at his very best when he dribbled his way through single-handedly, even when the Swans didn’t commit too many bodies forward.

Scored two beautiful, well-taken goals. He put in so much effort and heart, ran around and applied himself throughout.

A bit sluggish but was involved in the counter-attacks and almost got a goal for himself.

A stunning display of dribbling and craftsmanship, especially when he once dribbled all the way to the opposition box. He now has 5 goals in 10 appearances and is back to his lethal best.

Did well to provide the assist to Ayew. Was aware.

Didn’t play enough to be rated.

Came off the bench just to see the game out.