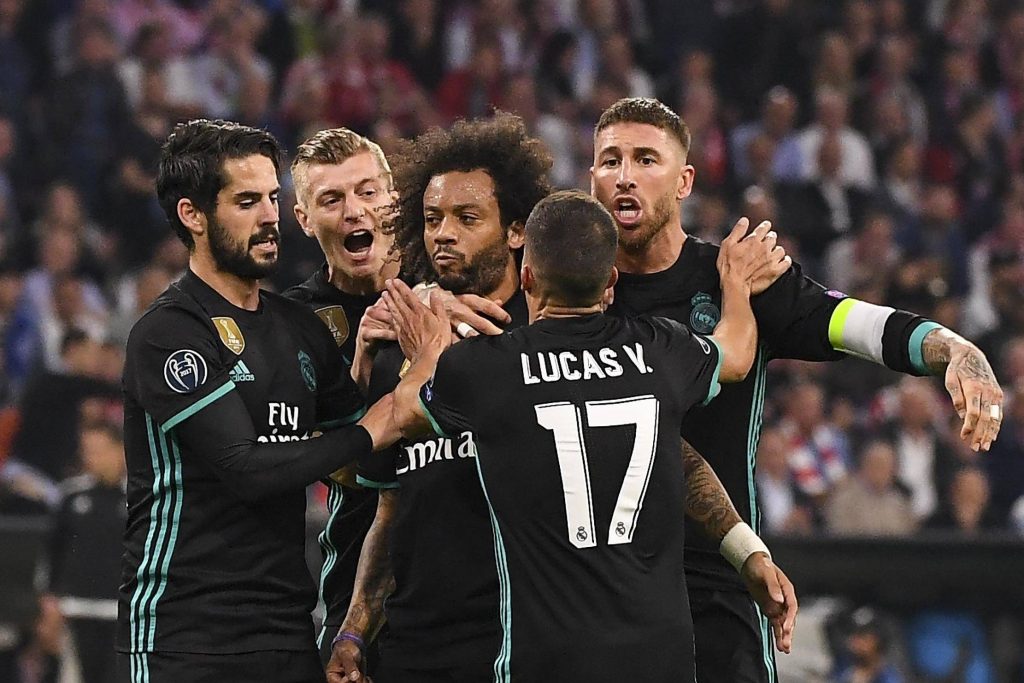 Real Madrid came from behind to beat Bayern Munich 2-1 at the Allianz Arena on Wednesday night in the first leg of the Champions League semi-finals.

Bayern suffered an early blow when Arjen Robben was forced off injured after just eight minutes, Thiago Alcantara coming on in his place.

Bayern, who had several opportunities to score in front of their own fans, overcame the early loss of Robben by taking the lead when Joshua Kimmich caught Kaylor Navas by surprise with a powerful finish before the half-hour mark.

Shortly after, the Bundesliga giants suffered a second injury blow, this time with Jerome Boateng pulling up, and had to be replaced by Niklas Sule.

Real were toothless in the attack throughout the first half but they equalised two minutes before the break. Dani Carvajal headed the ball across the box and it found Marcelo at the edge of the box and the Brazilian left-back struck a sweet volley past goalkeeper Sven Ulreich.

After the break, a terrible mistake from Rafinha allowed Marco Asensio the opportunity to hand Real the priceless second away goal. Asensio fed Lucas Vazquez, who then played the return ball to Asensio and the Spaniard expertly lifted the ball past the onrushing Ulreich. 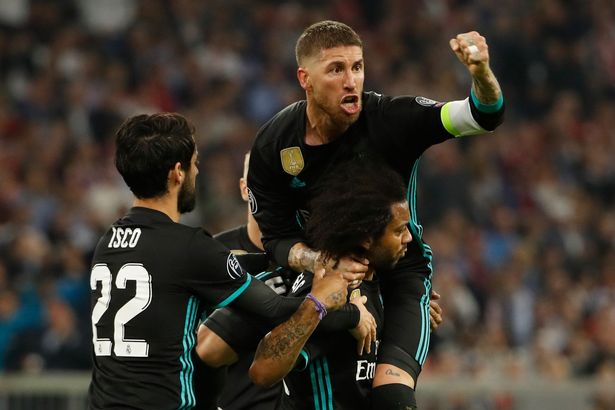 Bayern had a late chance to find a leveller but Robert Lewandowski could only chip the ball wide. The scoreline means Bayern will need to score two goals without reply in Spain next week if they are to reach the Champions League final.

Navas could have done better for the opener but stood up well after the break with a couple of smart saves.

Carvajal was surprisingly not booked in the first-half for a series of fouls on Ribery and Rafinha. His header across the edge of the box set up the equaliser. The Spaniard had some poor touches and passes before he was forced off injured in the second-half.

Ramos was immense at the back. He intervened a couple of times to smother Bayern’s attacks and made a few handy clearances. 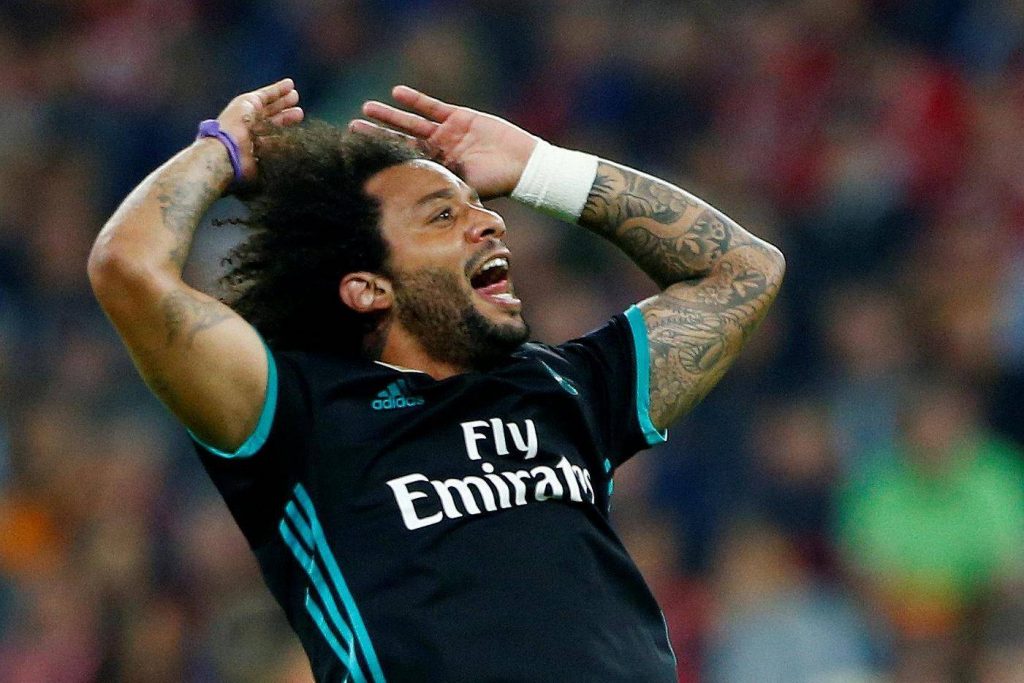 Varane was also a rock at the back for Real. He didn’t put a foot wrong in the entire game and smartly dealt with Bayern’s attacks. A much-assured performance from the Frenchman after a long time.

Marcelo was caught out of position for the opening goal. However, he attained redemption with a superb strike to equalise just before half-time.

Casemiro was shoddy. He had the task of screening the defence, which he didn’t do properly. It was not his typical robust performance at the base of midfield.

Kroos started off well by playing some delightful passes and through balls. However, his influence in the game faded after the break as he failed to carve open his former team’s defence. 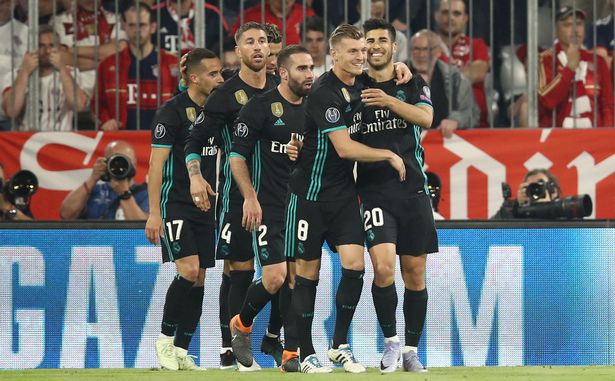 Modric struggled to assert himself in the game. He worked tirelessly, made some really good passes but overall, he never looked like dominating the tempo of the game which he is usually best known for.

Isco had a forgettable 45 minutes which saw him rightly get the hook at the halfway mark.

Vazquez struggled to make an impact but set up Asensio for the winner. Also, top marks for his switch to right-back following Carvajal’s injury and containing the nippy and effervescent Frank Ribery. 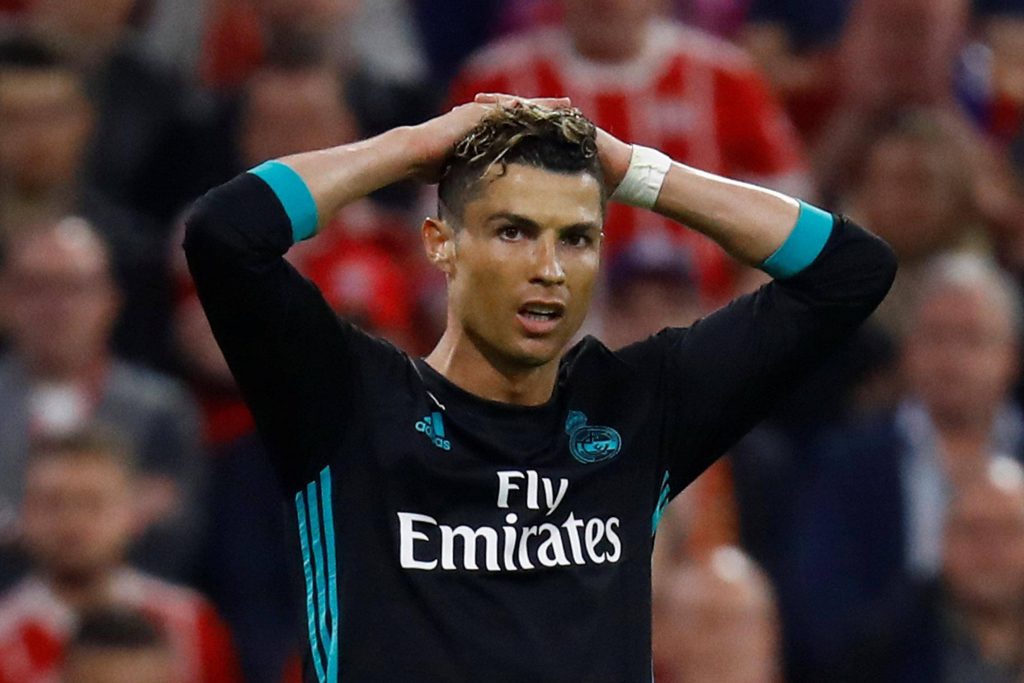 Ronaldo endured a frustrating night as he failed to receive any support from his teammates. He had a fine finish ruled out for handball.

Asensio replaced Isco at the break and brought so much energy and pace to Real’s attack. He expertly took his goal, finishing past the Bayern goalkeeper and worked hard for his team. A really solid performance from the young Spaniard.

Benzema came on for the injured Carvajal and straightaway stuck to his job of stretching the Bayern defence. The Frenchman forced Ulreich into a smart save.

Kovacic replaced Casemiro in the closing stages and didn’t have much time to make an impact.