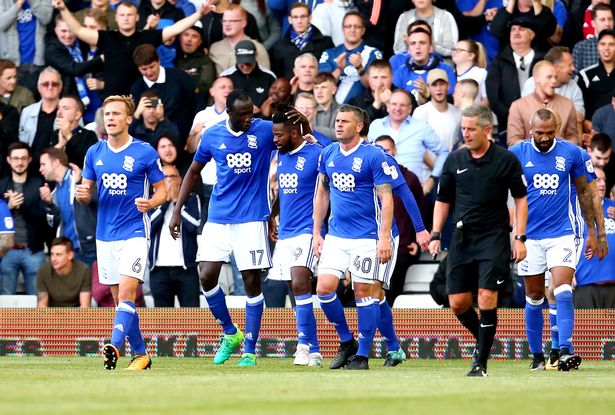 Birmingham registered their second win in a row under Garry Monk to move out of the relegation zone. Ipswich Town registered just one shot on target in the whole game.

Jota converted a penalty in the 21st minute after Jacques Maghoma was taken down in the box. Ipswich rallied a little in the second half but did not create any real chances as Mick McCarthy’s side slipped to defeat.

Was hardly troubled. Had a very quiet afternoon but will be happy with his work.

The right-back was a part of a back four that was not under any pressure. He performed well.

A good performance from the 30-year-old centre-back who kept the Ipswich attackers at bay.

A strong performance. The former Brentford player has had a difficult season but this was one of his better performances.

Possibly a little quieter than usual but linked up well with his winger and did a solid defensive job.

Scored the penalty and he is one player in the Birmingham side who has true quality.

The former Wolves player picked up a yellow card and ran himself into the ground for his team.

The former Derby target has become a key part of the Birmingham midfield and controlled the game well.

Earned the penalty and was a constant threat on the wing. Was replaced by Jason Lowe towards the end.

Was busy but never looked like scoring. He is a classy player but could have buried one of his chances.

Che Adams was a constant threat. A very impressive performance from the former Sheffield United player.

Slotted in nicely in the midfield.

Came on only for a few minutes.