Everton comfortably brushed aside hosts West Ham United 2-0, thanks to first-half goals from Kurt Zouma and Bernard. Manuel Pellegrini’s side were abysmal for most parts of the game and failed to create any meaningful chances throughout the 90 minutes.

The Toffees didn’t take long to make an impact as Chelsea loanee Kurt Zouma buried Gylfi Sigurdsson’s corner in the first 5 minutes. The Hammers were shell-shocked with the way Everton had turned up and failed to get on the ball.

Lukasz Fabianski once again proved why he’s one West Ham’s best players with a string of outstanding saves. Everton should’ve scored four more but thanks to the Pole in between the sticks, the game remained in reach. 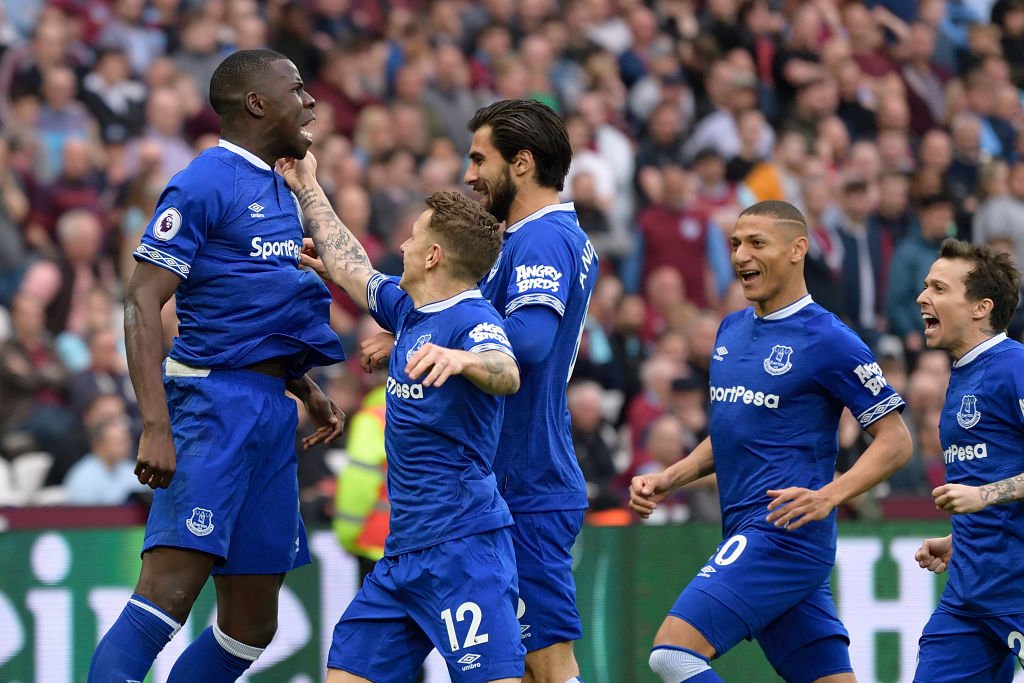 The Hammers’ first chance fell to Manuel Lanzini who had a brilliant opportunity from inside the box but his hesitation to shoot saw the ball taken off of his toes by an Everton defender.

Marko Arnautovic was set through on goal but a trick to cut inside failed miserably as his tripped over the ball and hit the deck. The Austrian had very little impact and hasn’t been the same player who started the season.

Fabianski’s brilliance came to an end in the 33rd minute as a tidy move on the right-hand side was tapped in by Bernard who had been brilliant all night. The Toffees went in at the break with a two-goal lead but were disappointed to not have put the game to bed yet. 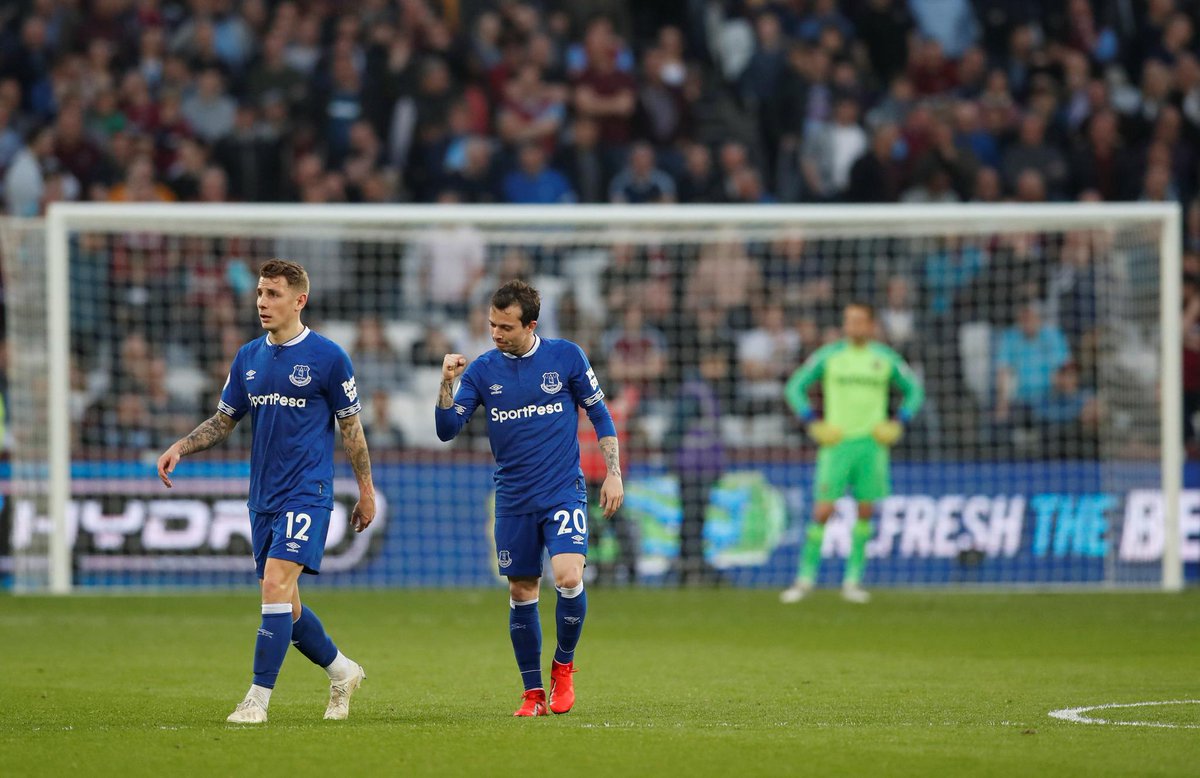 Pellegrini brought on Hernandez and Antonio in place of Obiang and Lucas Perez to inspire a comeback but the duo, like Perez in the first half, failed to get involved with the play.

Everton’s first chance of the half fell to Andre Gomes whose powerful volley was blocked inside the box. The Toffees were under no danger from the hosts and dominated the entirety of the second half.

Everton’s only other chance in the game fell to Richarlison whose bullet header off of Lucas Digne’s fabulous cross rattled the crossbar. Marco Silva’s side took home the three points comfortably as they registered their first win in London in 2 years. 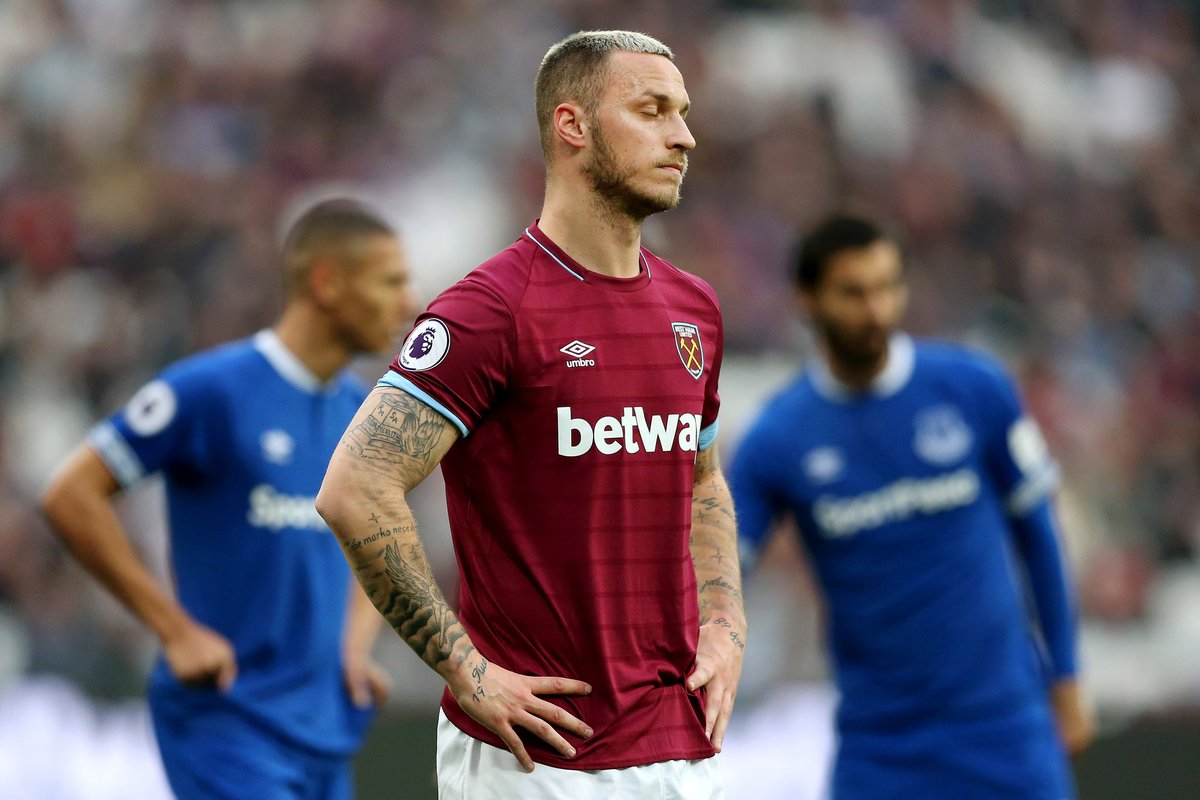 The win now leaves the Toffees just 1 point off of 7th placed Wolves who have a game in hand against Manchester United. Marco Silva looks to be turning the season around with European qualification now a serious possibility.