Leicester City have made a strong start to their season under Claude Puel. After losing the opening game to Manchester United, the Foxes picked up two wins on the bounce against Wolverhampton Wanderers and Southampton, only to lose to Liverpool this past weekend.

Though one of those games saw star striker Jamie Vardy get sent off for a lunging tackle on Matt Doherty, the Foxes would be overjoyed to know that the England striker has announced his retirement from international football.

After holding talks with manager Gareth Southgate, Vardy made the decision to resign from national duty given that the Three Lions are building for the future. The 31-year-old made 4 appearances for England at the World Cup but only one of those were starts.

England have shown that they are building a team around youngsters. With Harry Kane and Marcus Rashford set to hit their prime in no time, Vardy could have been a regular bench warmer. However, Claude Puel will be more than happy to see the striker back in Leicester during the international break. 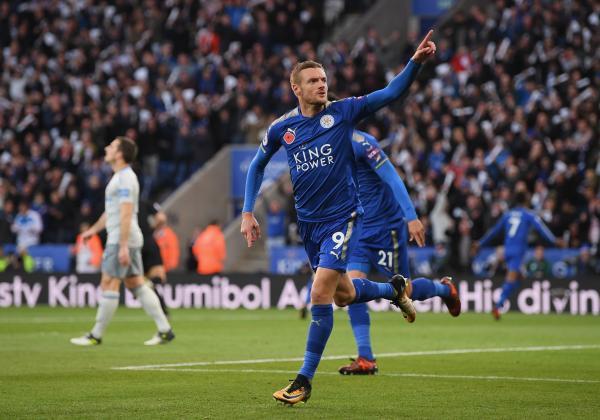 At the age of 31, Vardy has already defied all odds to continue playing as the first-team striker in the Premier League. Avoiding international friendlies should see the manager get the best out of the striker. There’s no doubt the Leicester hitman is one of the deadliest strikers around.

Playing a number of games during a hectic couple of months will definitely take its toll on the striker. Leicester City tend to rely on their forward and given the added rest, we could see Vardy rack up similar numbers from his title-winning season.

Over the years, a number of English players have stepped down after a point to focus on their club career. This has seen the likes of James Milner, Gareth Barry and Steven Gerrard continue to play for their respective clubs for a prolonged period.

In fact, Barry is still a regular feature under Darren Moore at West Bromwich Albion. The former Manchester City man now holds the record for the most number of appearances in the Premier League.

Leicester City have already lost talismanic figure Riyad Mahrez to Manchester City. Claude Puel will certainly need a fully fit and firing Jamie Vardy to score goals on a regular basis. Vardy scored 20 goals in 37 league appearances last season despite playing for the national team. The striker could go on to hit new heights in his final few years with no national team responsibility.