It has been a season of ups and downs for Arsenal so far in the Premier League. The Gunners were expected to go through a long transition period under their new manager Unai Emery following the end of Arsene Wenger’s reign but it would be fair to say that the north London giants have exceeded expectations in what was expected to be a season of rebuilding.

After a disappointing start to the campaign, Arsenal strung together an unbeaten run of 22 games in all competitions, which ensured that they stayed in the race for a top-four finish in the Premier League. As things stand, the Gunners currently sit 5th in the standings, ahead of Chelsea on goal difference and just a point behind fourth-placed Manchester United.

While Arsenal are still in with a realistic chance of securing a top-four finish, the Gunners should address their issues of squad depth. Recurrent injuries to several of the key players at the back have rendered the manager short of options, with Emery forced to rely upon the likes of Granit Xhaka to fill in at centre-back. 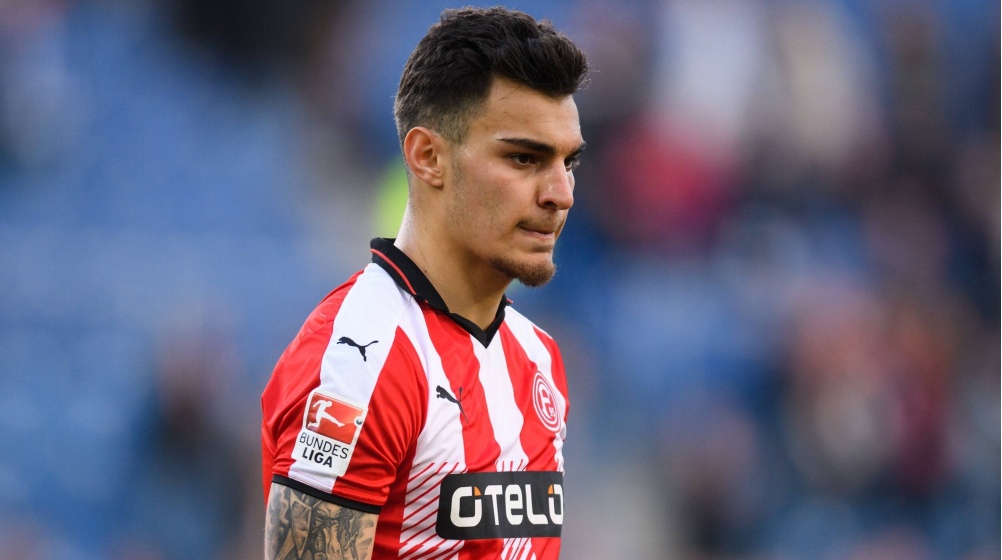 Shkodran Mustafi has struggled for form and fitness while Rob Holding is set to face a long rehabilitation procedure to regain match fitness following his cruciate ligament injury.

To put things into perspective, Arsenal need more options at the back and someone like Kaan Ayhan would be a welcome addition to the squad ahead of the upcoming season. Ayhan has been one of the standout performers for Fortuna Dusseldorf in the Bundesliga this term, with the Turkish international helping the newly promoted club to a mid-table position.

A product of Schalke’s youth system, Ayhan made his Bundesliga debut for his boyhood club back in 2013 and completed a switch to Bundesliga 2 club Dusseldorf in 2016 following a brief loan spell at Eintracht Frankfurt. The 24-year-old helped Dusseldorf win the title in the second tier last season to seal promotion to the Bundesliga.

Capped by both Germany and Turkey at the youth levels, Ayhan is primarily a centre-back by trade but he has also been used as a central defensive midfielder at times owing to his technical abilities.

Known for his composure in possession and ball-playing nature as a defender, Ayhan likes to use his wonderful range of passing to switch the play from the deeper areas of the pitch, often turning defence into attack with inch-perfect cross-field passes.

To add that, he is also a solid presence at the heart of the defence where he tends to keep the opposition at bay with his physicality and aerial prowess. He is never afraid to stick his foot out when needed, making him a useful contributor in both halves of the pitch.

Arsenal will definitely look a much stronger unit with the promising Turkish international in their ranks. Moreover, his tough-tackling nature and ball-playing ability should make him a perfect fit for Unai Emery’s system.

That said, the Gunners should start their pursuit of the Bundesliga star and strike a deal for him next summer.