Tottenham Hotspur picked up a resounding 3-0 victory over Manchester United at Old Trafford last weekend. Mauricio Pochettino’s men ran riot against the Red Devils to keep pace with the early leaders on the table.

Despite not signing a single player in the summer, making Spurs the first team to ever do so in the history of the Premier League, Pochettino showed that his team is capable of competing on all fronts.

Lucas Moura played a starring role against Jose Mourinho’s men last weekend. Though the Brazilian joined the club in January for £23m, he almost seems like a new signing for Tottenham this season. The former PSG wide forward was only able to muster a total of 6 appearances last season, of which 4 were appearances off the bench. 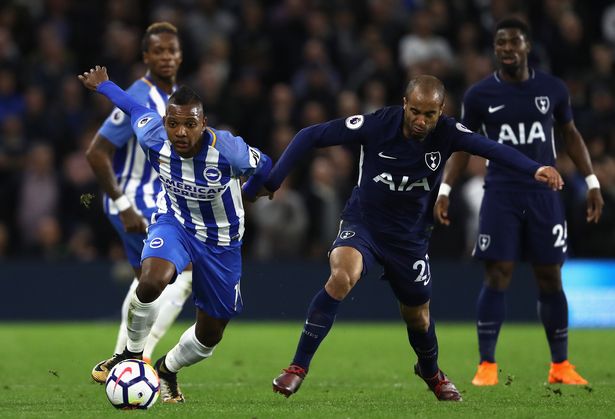 But the 26-year-old continued his fine pre-season form by notching up 3 goals in 4 games in the Premier League so far. Moura scored a sublime opener against Fulham to get his season up and running. The Brazilian also scored a brilliant brace to down the Red Devils last weekend.

Players often take time to acclimatise themselves to the demands of the Premier League. Some seamlessly transition themselves, but others don’t even manage to get close to their full potential; such is the intensity in England’s top-tier.

Moura has so far benefitted from his slow start to the Premier League life. In the 3 games he’s played so far, Moura has emerged as one of Pochettino’s liveliest men on the field. And though the Brazilian lacks a lot of traits required for the league, he brings his own set of ammunition to the forefront.

Against Manchester United, Moura was in devastating form throughout the game. Pochettino’s slight tweak in tactics saw the Brazilian play almost like a second striker alongside Harry Kane. The Man United defenders hurled around the England captain, giving Moura space and freedom to run at them in the final third.

The Brazilian’s second goal was a blistering solo run that saw him turn Chris Smalling around before rattling the ball into the back of the net. Moura possesses explosive pace on and off the ball, making it very hard for defenders to get to him.

Pochettino has understood that playing him as an out and out winger could see defenders keep him quiet. But playing him through the middle means defenders will be gasping for breath, just like how Manchester United were made to do so.

Spurs have got off to a good start to their season, claiming 9 points from their opening 4 games. Moura has averaged 1.7 dribbles and posed a constant threat in front of goal. (Stats Courtesy – Whoscored)

Criticism followed its way to Pochettino when the manager decided against bolstering the squad in the summer. But with Moura performing at this level, Tottenham can be relieved knowing that they possess enough quality in the squad.