However, the Blues are understandably reluctant to offload the Belgian before finding a suitable replacement. They have switched their attention to Butland after Everton refused to negotiate a deal for England No.1 Jordan Pickford. (Sky Sports)

Here’s why Chelsea should sign Butland, if and when Courtois leaves:

Butland was England’s second-choice shot-stopper for the recently concluded World Cup in Russia, meaning he has the potential to be a world-class goalkeeper in the long run. He was a tad lacklustre in his recent performances for Stoke City but the 25-year-old is unbeatable on a good day.

Taking an in-depth look at his performance stats from last season, Butland recorded a cross-claim rate of over 89%, meaning he is quite comfortable with crosses from wide areas. He kept seven clean sheets in 34 appearances for a team that eventually got relegated from the Premier League. 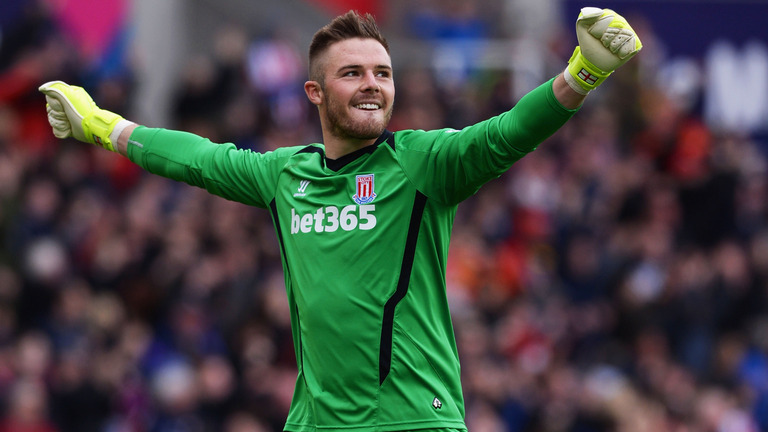 The 25-year-old’s save per game average of 3.09 epitomizes his ability to make crucial saves for the team when needed. He is also great in one-on-one situations, where he keeps himself big to nullify the target area for the striker.

So overall, despite his dip in form, Butland can be a viable option for Chelsea if Courtois leaves for Real Madrid. Manager Maurizio Sarri could also work wonders with the Englishman at his disposal.

There will surely be some raised eyebrows if the Blues sign Butland but the reality is that the 25-year-old is good enough to handle the responsibilities. He just needs a bit of a confidence-booster, following which he should regain his mojo and form.

Chelsea mustn’t hesitate to get the player before Thursday’s deadline and if his skills and energy are harnessed in the right direction, Butland could become a fantastic player for the Blues in the near future.

Hence, the club should sign Butland, particularly after Courtois’ no-show during the pre-season training as reported by BBC.