According to a report by The Sun, Chelsea are interested in signing West Ham United sensation Declan Rice.

The report further states that Rice joined the Blues’ youth squad at the age of 7 but was released by the club when he turned 14.

Over the years, there have been numerous cases where Chelsea had released young players only to watch them become stars. The likes of Kevin De Bruyne and Mohamed Salah are prime examples of the same.

Regardless, the Blues are keen on bringing the 19-year-old back to Stamford Bridge. The Sun goes on to claim that West Ham have initiated contract talks with the talented youngster but no progress has been made so far.

A report from The Metro has stated that the Londoners are willing to offer him £40,000-a-week wages, which will be a far cry from his current £3,000-a-week earnings. The promise of better pay could tempt the youngster to return to his former club.

If the player continues to refuse a new deal at West Ham, the Hammers must consider selling him for a cut-price deal in the January window. And as far as Chelsea are concerned, that would be the ideal opportunity to pounce.

The versatile youngster can slot in either as a central defender or as a defensive midfielder. He was particularly impressive against the likes of Tottenham Hotspur and Leicester City this season, establishing himself as a key member of Manuel Pellegrini’s starting XI. 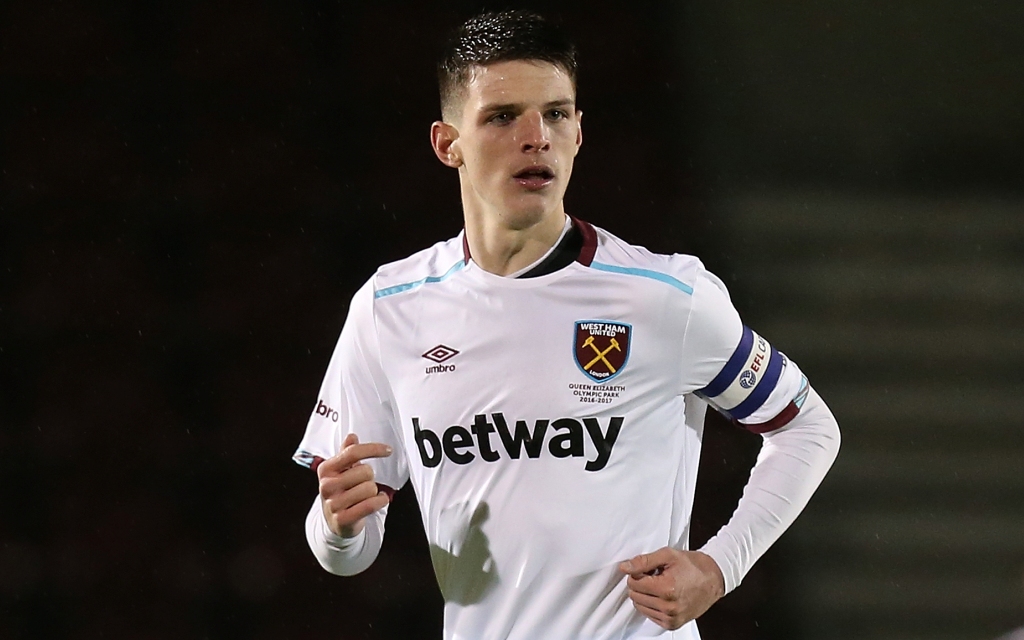 Owing to his exploits in the midfield area, Rice is adept at playing out from the back. Since Maurizio Sarri’s arrival at Stamford Bridge, Chelsea have gone through numerous changes but the most notable of them all has to be their newfound ability to build attacks from the back.

And considering Rice’s quick feet and dribbling skills, he could be an excellent fit for Sarri’s system at Chelsea.

With Tiemoue Bakayoko out on loan – and struggling – and Danny Drinkwater’s underwhelming displays, a player like Rice seems like a solid choice for the Blues. Now, it remains to be seen if they can succeed in luring him away from their London rivals.