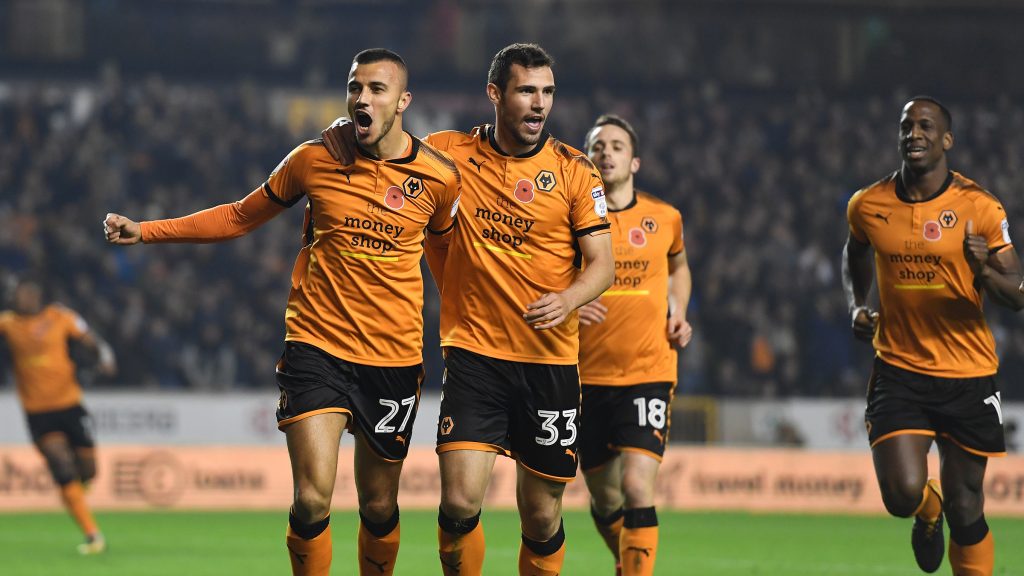 Predicted Wolves Lineup To Face Ipswich Town In The Championship

Table toppers Wolverhampton Wanderers were lucky to keep a 9-point gap at the top of The Championship after Derby and Bristol City played out a 0-0 draw, meaning that the league is still theirs to lose. With everything that Nuno Espirito Santo has done well so far in his Wolves career, it is unlikely that he will make that mistake.

This weekend, they face a tough game away at Mick McCarthy’s Ipswich Town. Ipswich is always a tough place to go but after Nottingham Forest managed to beat Wolves, the Tractor Boys will be confident of finding a way to do so too.

Carl Ikeme and Phil Ofosu-Ayeh are still absent and Ruben Vinagre is back from suspension. New signing Rafa Mir will be hoping to make an impact for the Black Country side. One of the reasons why Wolves have been successful so far is because of their ability to name the same side. With no new injuries, it is likely that Nuno will do the same again.

Former Norwich stopper John Ruddy is a strong presence at the back for Wolves and should continue to keep his place after playing every game for Wolves this season so far.

Part of the back three, the Frenchman is a key member of Nuno Espirito Santo’s side, starting attacks and helping Wolves in keeping a tight defensive unit.

English defender Conor Coady’s transformation this season has been remarkable. No longer a defensive midfielder, he now sits at the heart of the back three at Molineux.

Signed from Norwich in the summer, Ryan Bennett has taken very well to the Wolves method.

Scottish wing-back Barry Douglas provides the width on the left-hand side for Wolves. A strong and fast player, he has provided 8 assists in the Championship this season so far.

The Portuguese international has played in the Champions League before and has brought physicality and class to the Wolves midfield.

A dynamic and creative midfielder, Romain Saiss is irreplaceable in the middle of the park.

Was taken off at halftime against Forest but will probably be given another chance. Has contributed a goal and three assists so far this season.

Signed from Porto in the summer and has played every game for Wolves. He already has 11 goals and 4 assists to his name.

Spanish forward Rafa Mir could be given a chance to start and freshen up the Wolves attack. The former Valencia player is a quality addition to this squad.

The Portuguese forward has 7 goals for Wolves so far this season and was their star performer in a poor game last time out. He offers a lot of energy and creativity and will be looking to help them seal another win.