Aston Villa’s promotion charge was dealt a minor blow after they drew 1-1 with Preston North End at Deepdale on Saturday.

Tammy Abraham fired Aston Villa ahead on the stroke of half-time but Ahmed Elmohamady put Daniel Johnson’s cross into his own net. In the end, it was Aston Villa who could have won the game only for Birkir Bjarnason to miss from three yards out in stoppage time.

With Jack Grealish and Neil Taylor still absent through injury, Dean Smith named an unchanged starting XI from the one which won at Swansea City.

Aston Villa were lucky not to go a goal down very early in the game after a corner from Preston which was spilt out of Orjan Nyland’s outstretched hands fell to Jordan Storey. Storey smacked the ball through the crowd of players in the box, but it went off the bar.

The Villans continued to look wobbly and were caught out again a minute later by a long ball which sent Tom Barkhuizen through on goal. But Barkhuizen’s attempted lob of Nyland drifted well wide off the target and Villa heaved a huge sigh of relief.

After gradually settling down in the game, Aston Villa came close to putting their noses in front. A Glenn Whelan corner was met by James Chester but it was cleared off the line. At the other end, Preston could have taken the lead, only for Nyland to pull off an incredible reaction save to keep out Graham Burke’s first-time volley. 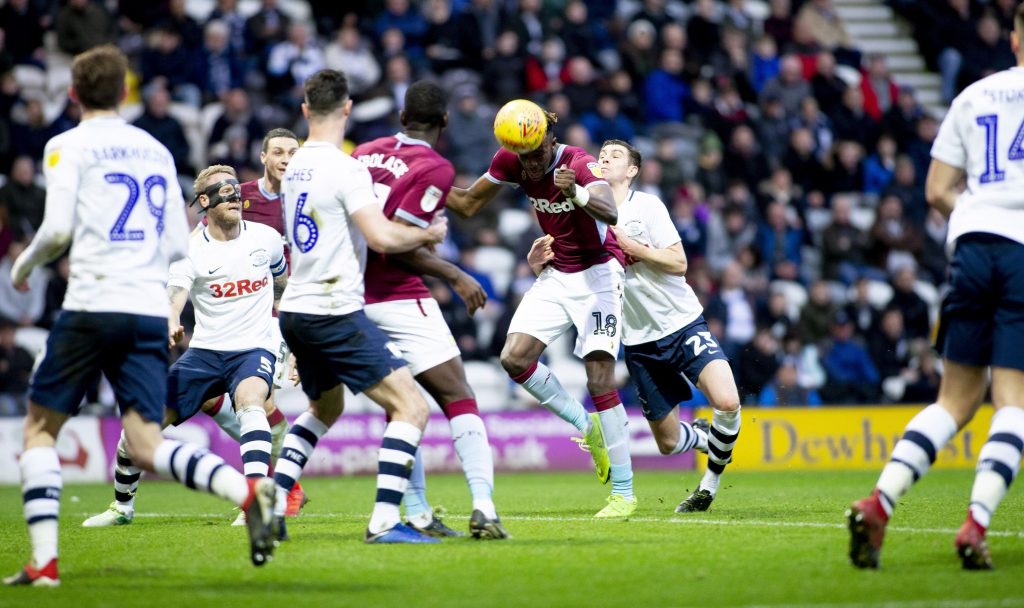 At the stroke of half-time, Aston Villa took the lead through Tammy Abraham after the on-loan Chelsea striker headed home from a Whelan corner.

The second half started unlike the first, with Aston Villa controlling possession but failing to create clear-cut chances as Preston defended well. However, Preston found the equaliser just as the clock went beyond the hour mark.

Johnson found Gallagher, who slid the ball down the right-hand side for Johnson to chase. His low cross into the box came off Elmohamady and went into the back of the net under pressure for Lukas Nmecha.

Aston Villa were lucky not to go behind as Preston hit the woodwork again in the 68th minute. The Villans almost snatched a winner in the 89th minute when substitute Birkir Bjarnason somehow lifted a shot over the bar from two yards out at the far post.

Read more: This Brentford star is a necessity for Aston Villa and Smith must surely get him in January

Frustrated with the 1-1 draw with a struggling Preston side, here’s how some Aston Villa fans reacted on Twitter.

Not good enough!! 21 points dropped from winning positions this season now! Got to get better! Everyone else around us can grit a result out and yet we draw at Preston! Jokes

shocking again. Should be killing off teams like Preston.

Should really be beating teams like this. Dropping points against lesser teams will cost us at the end of the season

Not good enough for a side pushing for promotion

Not really good enough if we want to be competitive

Bunch of bottle jobs, we’ll never get promoted if we keep dropping points whenever there’s a chance to make ground on the top six