Leipzig are on an excellent run of six competitive games without a defeat, and have not lost at all in the Bundesliga since the opening weekend of the season. The likes of Timo Werner, Emil Forsberg, Yussuf Poulsen and Jean-Kevin Augustin are all combining well and scoring goals for the German club, which could be a big worry for Celtic on Thursday.

The Hoops endured a slow start to the new Scottish Premiership campaign but have slowly started gathering pace and currently sit second in the table. The Hoops have scored 10 goals in the last two Premiership games, which would have certainly lifted their spirits. The players will be brimming with confidence ahead of the Europa League clash against RB Leipzig.

Brendan Rodgers’ side have one win and a defeat in two group stage games in the Europa League so far. They eked out a 1-0 win over Rosenborg in the first game but endured a 3-1 beating at the hands of RB Salzburg despite going a goal up very quickly.

James Forrest, who scored four recently at St. Johnstone, was shown a red card against Salzburg, from where Celtic lost their grip in the game.

And Rodgers will come up against an exciting Leipzig side on Thursday, a team that has been ripping apart defences at will this term.

Leipzig’s home record may be flawless domestically but the fact that RB Salzburg came away from the Red Bull Arena with a victory would certainly give Rodgers some hope ahead of the game.

Celtic would definitely need their senior professionals to perform at their best to have a chance of beating Leipzig at their den. With Scott Brown a doubt due to a hamstring injury, the onus could fall on Callum McGregor to essay the skipper’s role.

McGregor has looked more involved in the last couple of games for the Scottish outfit, often dropping deeper to pick up and the ball and dictate the terms. In fact, the Scotsman took over from Brown in central midfield against Hibernian and performed well as his team ran out 4-2 winners last weekend. 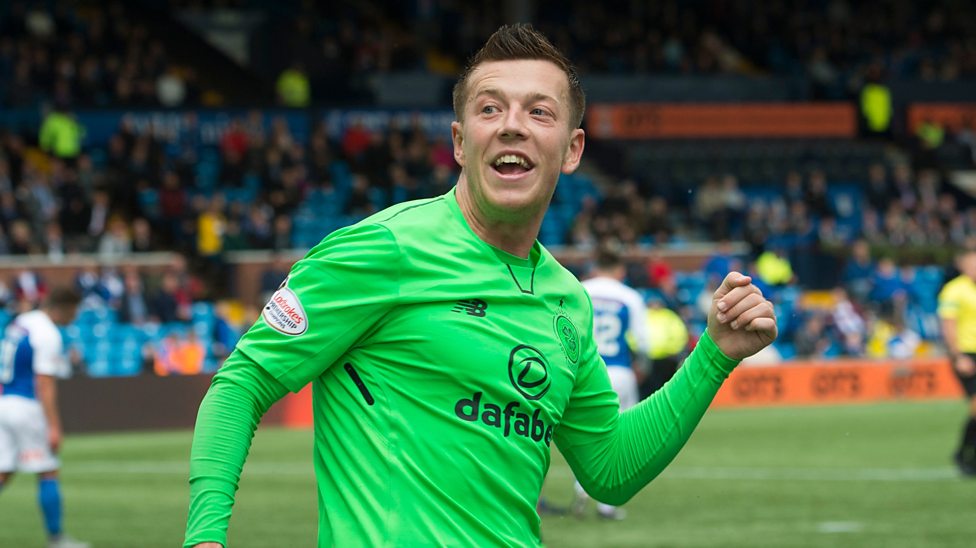 McGregor, who is a creative player, would need more discipline to perform the role of a box-to-box midfielder and he certainly has that. His presence in central midfield would allow the likes of Tom Rogic and Odsonne Edouard to make more runs behind the Leipzig defenders and cause chaos in the box.

Known for going on mazy runs, the Scotsman would add some steel to the Celtic midfield whilst his creativity from a deeper role could be an asset against Leipzig.

Read more: With 9 titles and over 300 appearances, Celtic are absolutely right in holding onto their legend – opinion

If McGregor performs at his best, Celtic could have a bigger chance to return home from Germany with a positive result.