Rangers dropped their first points for a while in the league when they were held to a 1-1 draw by Hearts away at the Tynecastle Stadium. This result keeps Steven Gerrard’s men in second place, only behind Celtic on goal difference.

Ryotaro Meshino scored an early goal for the home side, before Alfredo Morelos equalised before half-time to constitute the goals scored in this game.

After a flying start from Hearts where they hit the underside of the crossbar through Uche Ikpeazu, they took the lead in the sixth minute when James Tavernier’s headed back pass was short for Allan McGregor. 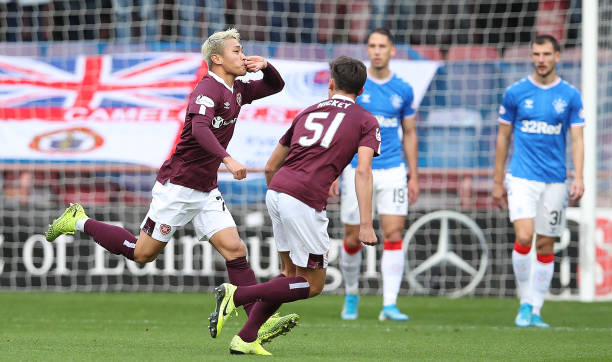 Jake Mulnarey had an attempt on goal but the Gers stopper saved it, however, the rebound fell for Meshino to dink it over the stranded keeper into the back of the net.

Rangers were feeling the pressure thereafter, with their defenders getting roughed up at every stage and not concentrating on the job in hand. Morelos got a yellow card recklessly. 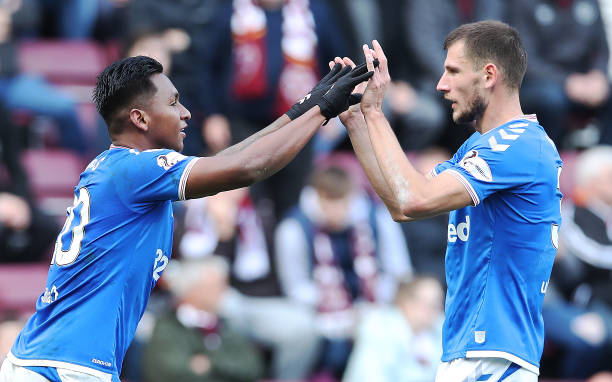 But, the aforementioned Colombian equalised for them when he latched onto a knockdown from Nikola Katic from a corner. Hearts defended that set-piece badly to allow this to happen.

Rangers really struggled to turn on the screws after the break and looked short on sharpness and agility. At the end of the day, they had to settle for a point which puts them back behind Celtic in the race, even though the points are same.