According to a report in Eastern Daily Press (EDP), Sheffield Wednesday have told Premier League newcomers Norwich that they have to honour the £7m fee agreed on last summer if they are to sign Jordan Rhodes on a permanent basis.

The Canaries are looking to sign the 29-year-old on a permanent basis after his loan move from Wednesday turned out to be a hit (h/t EDP).

They had an option to buy in the original deal, but are looking to negotiate the fee as the striker enters the final 12 months of his contract at Hillsborough Stadium. (h/t EDP)

However, while the Owls have resisted the temptation to get into the negotiation table, they may end up doing that as they are keen to usher Rhodes out of the exit door. (h/t EDP)

The Scotland international managed to score six goals and provide one assist in 36 appearances (27 out of those appearances coming from the bench). Hence, we can say he was a great impact player for Norwich.

Here’s why they should sign the 29-year-old, with or without negotiation of the price:

Norwich City had Teemu Pukki leading the line, who did extremely well to score 29 goals in a magical Championship, helping the team to win the title and attain Premier League status.

However, going into the English top-flight, Daniel Farke’s men need more backup in that position. Jordan Rhodes, on loan from Sheffield Wednesday, was an ideal player coming off the bench and creating an impact and scoring key goals. 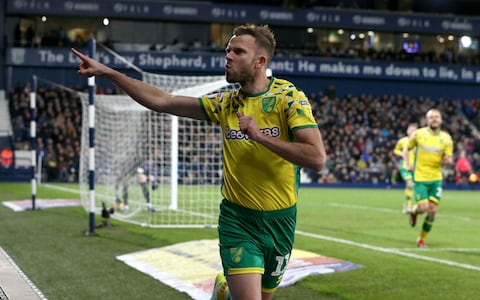 Dennie Srbeny is there as the other option, but he didn’t do enough to show that he can be a good backup to Pukki in one of the best leagues in the world.

Hence, it makes sense for the Canaries to make Rhodes’ stay permanent at Carrow Road, be it on a price wanted by Sheffield Wednesday or a negotiated one.

Norwich shouldn’t have much problem in spending £7m on a player who can be one of the vital cogs in the squad going into the Premier League.