The 27-year-old made his mark in professional football when he scored ten goals for La Liga side Las Palmas in the 2015/2016 campaign. Those performances didn’t go unnoticed as Real Sociedad plucked him away at the end of the season.

The Brazilian has played in 15 games across all competitions, scoring three goals in an injury-hit 2018/19 season. With AC Milan planning a January swoop for Willian Jose, Norwich City must rival the Serie A club for his signature.

Out of favour Norwich City striker Nelson Oliveira is set to join Turkish side Beskitas on loan in January, according to the Daily Mirror. The proposed move will be a six-month loan deal, which could be turned into a permanent move in the summer for a fee worth around £2.6million. 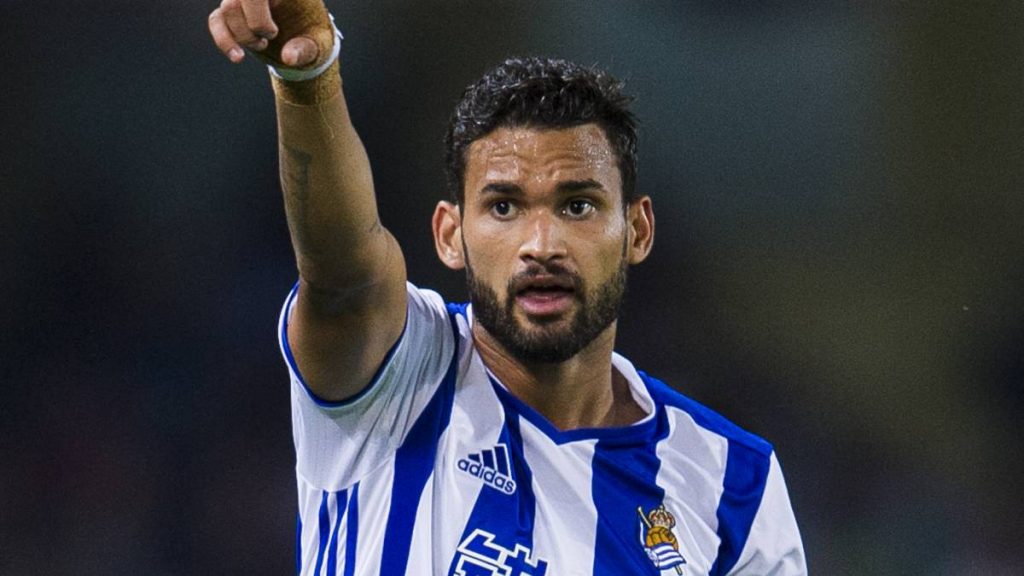 Nelson Oliveira, who made the move to Carrow Road in 2016 from Portuguese side Benfica, hasn’t featured for the Canaries this season after falling out with manager Daniel Farke last term. Farke signed both Teemu Pukki and Jordan Rhodes on loan last summer, pushing the ex-Benfica star out of contention for even a place on the bench.

Despite Oliveira’s qualities, Norwich haven’t missed him too much this season as Farke’s side sit second in the Championship table just a point behind league leaders Leeds United. But Oliveira’s likely departure next month would certainly create a void in the attacking department and Farke should fill it with the signing of Willian Jose.

Standing just above 6ft 2in, Willian Jose is known for his work ethic and aerial prowess. He is excellent at hold-up play and knows exactly how to bring his teammates into the game. The Brazilian has the ability to link-up with his teammates in the final third, often creating space for other players to pull the strings.

The Brazilian has the ability to draw defenders out of their positions and pick the right pass to release his teammates through on goal. The powerful striker would provide Daniel Farke with an entirely different option to what he currently possesses in the final third and he would provide Norwich with a real cutting edge to their attacking play.

Willian Jose may not have the explosive pace to burn but he makes up for it with his positional awareness and ability to make intelligent runs in behind the backline. However, his most remarkable attribute is the ability to take off the ground quickly to win the aerial balls, making him a genuine threat from set-pieces.

Read more: 44 goals, 47 assists in 280 games – This 27-year-old Bundesliga ace would be a perfect fit for Farke’s Norwich

A clinical finisher, Willian Jose certainly fits the bill at Carrow Road and a player of his calibre can help the Canaries in their bid for automatic promotion. Should Norwich succeed in landing Willian Jose, the Brazilian and Teemu Pukki could combine to devastating effect and cause mayhem in the Championship.