The Canaries have been taking a look at the player, who is set to leave his club after getting relegated from Bundesliga. Other German sides Freiburg and Augsburg are interested in the player, but Daniel Farke’s men seem to be the front runners (h/t EDP).

Bakalorz is out of contract this summer, hence, he will be a free agent. If we look at Norwich’s recruitment since the arrival of Farke, they have brought some talented German players in their squad.

Here’s why signing the Hannover captain would be another good decision by a club on the rise:

Bakalorz’s experience would be key to the Canaries

Marvin Bakalorz is a combative midfielder, who can play in any position across the central areas of the pitch. He is a physically dominant and technically sound player, who possesses the stamina to run around in midfield and help the team in or out of possession.

The 29-year-old is a good passer of the ball and has a lethal right foot, with which he can attempt shots from distance. He can also dribble past opponents in tight midfield areas to open up the space for the killer pass or a shot towards the goal.

His physical domination allows him to win most aerial duels, whether it be in midfield or in either box from set-pieces. Furthermore, having played top-flight football for a number of years now, the Hannover captain has the experience of encountering various types of situations. 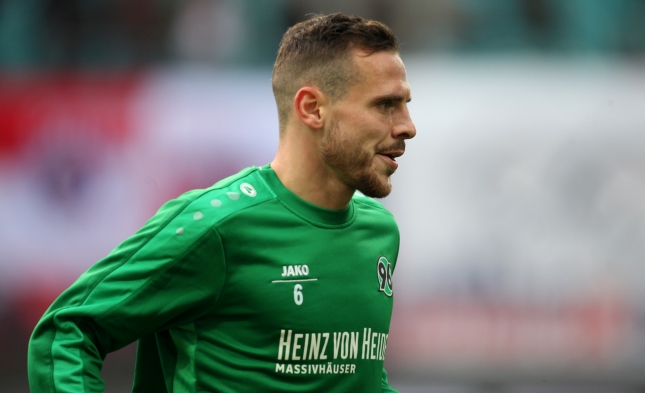 Hence, we can say that if Norwich manage to get Bakalorz across at Carrow Road this summer, they can potentially have a commanding midfielder in their armoury.

Plying the trade in the Premier League isn’t easy for any newly-promoted teams. They must sign quality and experienced players to help the manager to find the right balance when the pressure is at its peak.

For that reason, Norwich signing Marvin Bakalorz would fulfil those requirements ahead of their new venture in the English top-flight.