According to a report in Sun (April 22, Page 62), Norwich City have identified Udinese centre-back Pawel Bochniewicz as a top target, once their Premier League promotion is confirmed. The Poland U-21 international’s contract runs out this summer, hence he will be a free agent.

The Canaries require only one point from the remaining two games to finish in the top two of the Championship and finalise the promotion. Furthermore, four points in the remaining games would be enough for them to win the title.

Currently, Daniel Farke’s men have Christoph Zimmermann, Ben Godfrey and Timm Klose as the first-choice options at centre-back. Grant Hanley is also an option, but his season has been affected by injuries and it would take him some time before returning to the first-team.

In spite of that, here’s why they are doing the right thing by targeting Bochniewicz in the summer:

Though they have enough options at the back, the concession of 55 goals in 44 league games so far shows that Norwich are culpable at the back.

While their attack has pushed them through to the brink of promotion, it is clear that a leaky central defence would be punished with more severity in the Premier League, and the attack won’t be able to drag them out of troublesome situations with regularity.

For that reason, signing a quality centre-back would make sense ahead of next season. Pawel Bochniewicz could be the man who could solidify the Canaries’ back-line. He certainly possesses the qualities to make a difference.

The Polish youth international is a tall and lanky centre-back, who can win aerial duels without much fuss. He is able to pass out from the back and has the capability to read the game and anticipate danger.

Even though the 23-year-old hasn’t played his football at the very highest level, it is clear that he has the quality to perform in the Premier League, subject to adjustments in the intensity of the game. 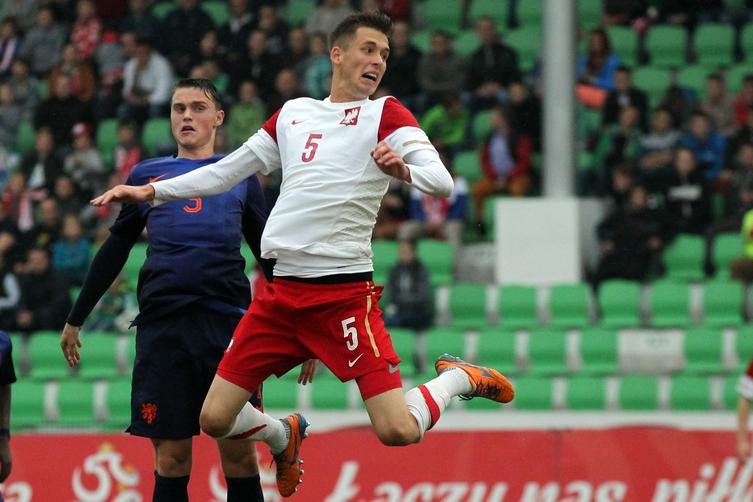 Norwich City have been superb this season but solidifying their back-line should be a priority before they start their journey in the Premier League. For that reason, signing Pawel Bochniewicz would be a great idea in the summer window.