Why Norwich must hold onto Teemu Pukki amidst Galatasaray interest

According to Turkish source Gunes, Super Lig defending champions Galatasaray are interested in signing in-form Norwich City forward Teemu Pukki. Galatasaray are in the market for a centre-forward in an attempt to successfully defend the league title. The Turkish giants currently sit second on the log, five points behind Istanbul rivals Basaksehir.

The Finland international’s exploits in the final third have seen the Canaries move to the top of the table after 17 games. Norwich have won nine of their last 11 Championship matches. Pukki, a Celtic flop, has scored 10 goals and provided an assist in 14 games.

Marco Stiepermann, Emi Buendia and Onel Hernandez have all been in excellent form at Carrow Road. However, it is Teemu Pukki, a free signing from Brondby, who has set the stage alight for Daniel Farke’s charges.

Pukki himself has already eased the fears by downplaying the rumours during an interview with Finnish newspaper Hufvudstadsbladet. However, the prospect of a possible January move would make for a grim read for Norwich fans. Pukki is only half a season into a three-year deal. Losing a player who is in such great form would hugely dent Norwich’s promotion prospects.

Pukki has quickly grown into a fan favourite at Carrow Road. Only West Brom (37 goals) and Leeds United (29 goals) have scored more Championship goals than Norwich City this season. The 28-year-old has contributed to 36% of the total goals Norwich have scored. For his impressive performances, he has won Man of the Match (MOTM) award twice.

Teemu Pukki is Norwich’s current top-scorer, four goals ahead of Jordan Rhodes. Pukki can play in a number of positions. He has featured heavily as an attacking midfielder and a lone centre-forward.

He is an asset for Farke’s side due to his finishing ability, good passing range, ball retention, ability to cut inside from the right and taking long shots. Often deployed as the lone striker in Farke’s preferred 4-2-3-1 formation, Norwich are set up in a way that plays into Pukki’s strengths.

Norwich City will be hoping to hold onto Pukki as they push for a return to the top-flight. If he can continue running circles around opposition defenders and score regularly, Norwich will be in contention for promotion in May. 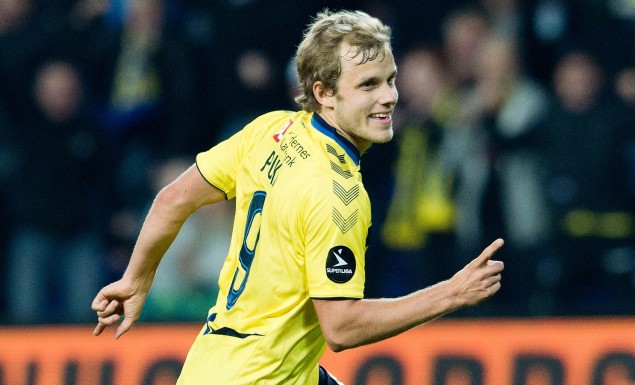 Galatasaray will be hoping to use Champions League as a bait to tempt the striker. It will be interesting to see how Pukki plays his cards on this one – Champions League football or the prospect of playing in the English Premier League next season.