According to a report in Eastern Daily Press (or EDP), Championship leaders Norwich City are interested in signing Rennes right-back Mehdi Zeffane in the summer transfer window.

The 26-year-old is out of contract this summer and has been contacted by the Canaries ahead of a potential move to Carrow Road (h/t EDP). However, the French side want their player to extend his stay (h/t EDP). Hence, it remains to be seen what the fullback wants to do.

Amidst all that, Norwich has a chance to make a swoop for him, as they seek to add a backup for Max Aarons, with Ivo Pinto almost certain to leave the club (h/t EDP).

Daniel Farke and his men have a good record of scouting properly and getting the right players in their squad. Here’s why adding Zeffane would be another correct decision: 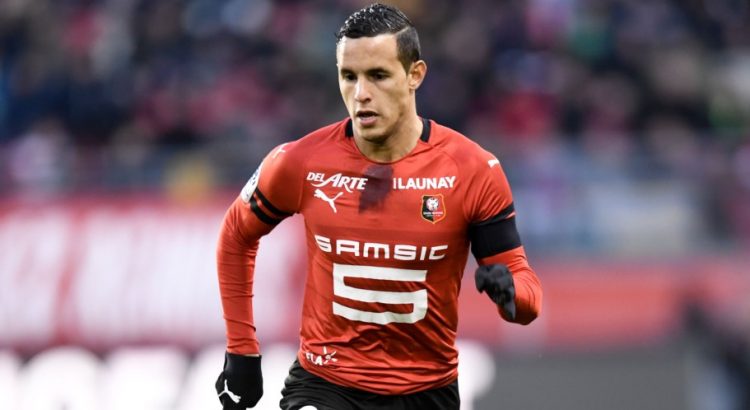 Zeffane’s quality and experience would be helpful

Predominantly a right-back, Zeffane can operate on the other side or also play as a wide midfielder, if required. He is a rapid wide player who likes to make overlapping runs and put crosses into the box, while being conscious of making the recovery runs.

His versatility is a big plus for the manager, as he can be used in different positions, according to the requirement of the team.

Furthermore, having played European games for Rennes and already represented the Algerian national team 11 times, the 26-year-old has the experience of top-quality football.

Hence, he would be equipped to deal with various tough situations a team faces during the course of a football match.

Norwich City could do with all of these qualities in their squad, as they get ready to start a new life in the Premier League. For that reason, signing Mehdi Zeffane should be a priority for them.

Moreover, while the Canaries would benefit from signing the Rennes man in the summer, the player himself can enhance his reputation by playing in one of the best leagues in the world. Performing well here could even mean a big move around the corner.