Aston Villa returned to winning ways in style by thrashing Norwich City 5-1 away at Carrow Road and getting themselves out of the bottom three in the process.

A Wesley Moraes brace followed by goals from Jack Grealish, Conor Hourihane and Douglas Luiz made it 5-0 for the Villans before Josip Drmic pulled one back for the Canaries.

Around the 14th minute mark, Anwar El Ghazi picked out Wesley with a good cross. The striker then had time to chest the ball and slam his effort into the back of the net. 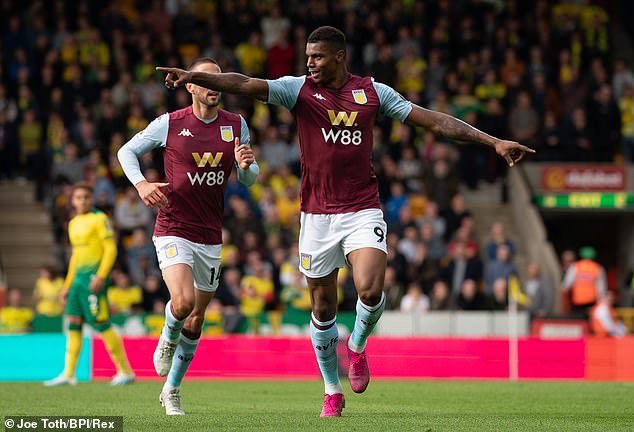 Right at the half-hour mark, a quick Aston Villa break resulted in Matt Targett finding Hourihane on the byline. The latter then cut the ball across for Wesley to score his second.

The Brazilian had a chance to complete his first-half hat-trick through a penalty, however, Micheal McGovern produced a fantastic double save to deny him.

Grealish started and finished off a flowing move to make it 3-0 just after half-time. A few minutes later, Norwich gave the ball away and allowed the time and space for Hourihane to get on his left foot and smash his effort into the back of the net.

Douglas Luiz followed the team’s five-star performance with a fantastic curling effort into the net with no goalkeeper stopping that.

Norwich pulled one back in the 87th minute when Tyrone Mings gave the ball away for Drmic to round off Tom Heaton and score. It was too little too late though!

All in all, it a fantastic win for Aston Villa, their first since beating Everton in August. Here’s how their fans reacted after the game: