Andy Carroll’s future at West Ham remains uncertain as he is yet to be handed a new deal by the club. The English striker’s six-year contract expires this summer and West Ham must decide whether to hand him a new deal or not.

Andy Carroll, 30, has been plagued by injuries since he joined West Ham from Liverpool in 2013, the latest of which, an ankle problem, ruled him out for the first four months of this campaign. He is yet to score a league goal this term, but it would be no surprise if his confidence is growing after featuring in eight games since the start of last month.

With Carroll having less than six months left on his West Ham contract, Norwich City must now eye a cut-price deal for the English forward. 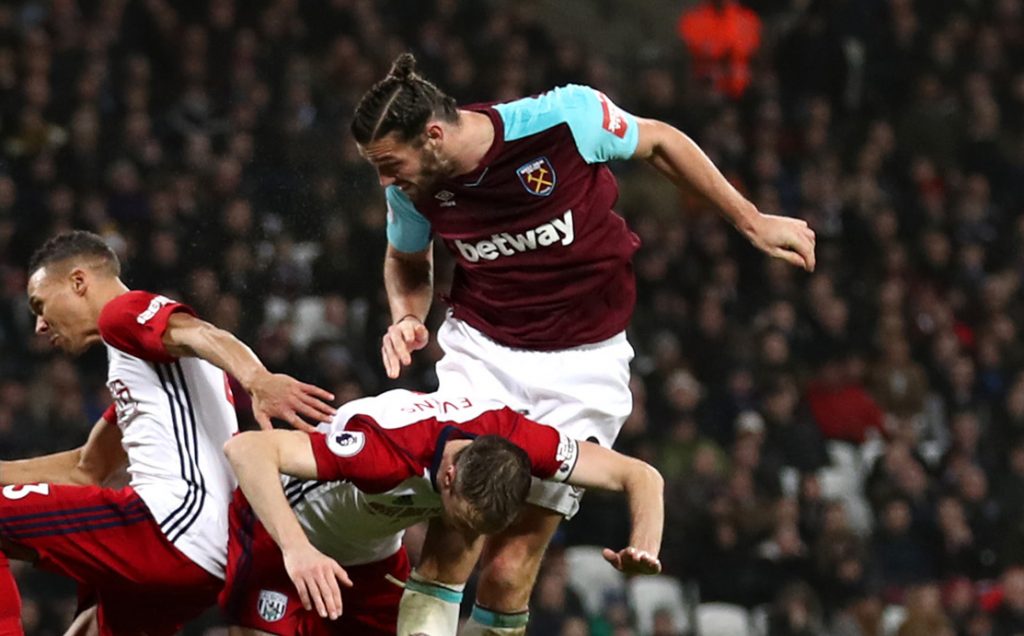 Daniel Farke’s focus is on achieving promotion with Norwich City this season. Despite being in the top three, the Canaries, however, have endured a patchy form of late. They are winless in their last four league games, while have also been dumped out of the FA Cup by League One outfit Portsmouth.

Farke simply cannot afford to take the foot out of the gas as the Championship is a notoriously unpredictable league where teams need only a few wins on the trot to gain momentum. So it’s imperative for Norwich to get back to winning ways as quickly as possible.

The Canaries chief could certainly bolster his team’s promotion hopes by making a couple of signings this month. He would do a good job by strengthening his attacking options further by landing Andy Carroll on a cheap from West Ham.

Blessed with physicality, strength and aerial prowess, Carroll excels at hold-up play and bringing his teammates into the game. His drive and desire to succeed with help Norwich when the going gets tough. Not to mention, the former Liverpool striker also is a handy customer when it comes to defending set-pieces and corner-kicks.

Read more: Why Norwich must test Porto’s resolve by pushing hard to land this 24-year-old star

Carroll will completely give the Canaries a different dimension in attack, whilst also being a handy player to have on the bench. Hence, Farke should leave no stone unturned in acquiring the services of the powerful Englishman this January.