According to a report from The Eastern Daily Press, Norwich City have joined the race sign Eibar’s Sergi Enrich in the summer. The 29-year-old’s contract will expire at the end of the season and Watford, Levante, Leganes and Real Sociedad have all been linked with a move for him in the summer.

Norwich clinched the Championship title on the last day of the season, thanks to a 2-1 victory against Aston Villa. The Canaries will now head to the Premier League next season, where they will need to strengthen their squad to have any chance of surviving.

One of the biggest reasons why Norwich finished the season as champions is their skipper Teemu Pukki. The 29-year old netted 29 goals and provided 10 assists in a phenomenal season for the Canaries but he will struggle to save Norwich on his own next season. 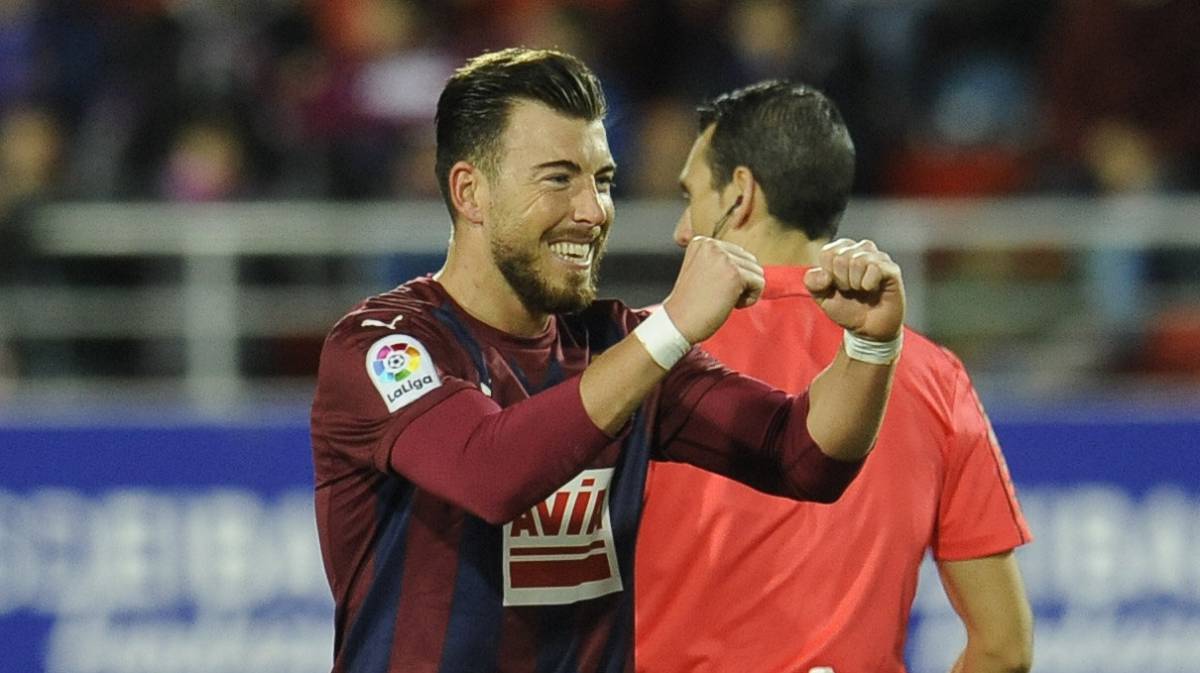 Fellow strikers Jordan Rhodes and Dennis Srbeny scored a combined 7 goals all season, which should be an area of concern for Daniel Farke. An injury or suspension to Pukki will leave the Canaries with a shortage of goals next season and they will struggle as a result.

Norwich will need to to bring in another forward in the summer, who will bring them goals, as well as help them in their all-round game. Reported target Sergi Enrich would be a phenomenal addition to their squad and the fact that he will come in on a free transfer is an added bonus.

Enrich has only scored 7 times and has provided 4 more assists in the La Liga this season but the Spaniard brings a lot more to a team than just his goal contributions.

Enrich is a phenomenal team player who possesses immense strength to hold up the ball for his teammates.

His quickness on the turn when his back is facing the goal is a brilliant and his ability to retain possession even when under pressure will be a massive asset in the Premier League, especially for a newly promoted side.

Enrich’s ability to hold up the ball before feeding the players around him will be a perfect fit for Norwich City. Marco Stiepermann, Emiliano Buendia and Onel Hernandez will thrive playing around him next season and Norwich City should beat the rest to sign him in the summer.

Daniel Farke will have an able second choice to his star striker Teemu Pukki next season if he manages to sign Sergi Enrich in the summer.

The Spaniard will be available on a free and he would provide incredible squad depth for the Canaries next season if they sign him in the upcoming summer transfer window.