According to a report from the Sun, Leeds United are eyeing a January swoop for Tottenham Hotspur outcast Fernando Llorente.

The Spanish centre-forward has played a peripheral role at Tottenham since joining from Swansea City last summer. Fernando Llorente is out of contract at the end of the season but Tottenham are willing to offload him for a bargain £4million in the January transfer window.

With the veteran Spaniard struggling to get game time at Tottenham, Norwich City must beat Leeds for his signature when the transfer window reopens.

Norwich City are enjoying life in the Championship this time around, beating teams by playing an exciting brand of football under Daniel Farke. The Canaries sit on the top of the table with 37 points after 19 games.

Daniel Farke’s side have scored 32 goals so far in the league, with Teemu Pukki shouldering most of the goalscoring burden. Pukki has proven a brilliant signing for Norwich City and he scored once again at the weekend in the 4-1 victory over Swansea City at the Liberty Stadium.

Emiliano Buendia and Marco Stiepermann have also chipped in with goals and assists but if Norwich are to continue scoring goals freely, they might have to add another attacker to their ranks. Nelson Oliveira is all but set to leave Norwich in January following his bust-up with manager Daniel Farke. And Oliveira’s potential departure in January would leave Farke’s options in the attack a bit light.

That’s where Fernando Llorente would become so valuable to the Norwich side. Prior to his move to Tottenham, Llorente scored 15 goals in 33 games for Swansea City, so he has proven himself in the Premier League before.

A prolific goalscorer in his heydays, the 33-year-old would add quality as well as depth to Farke’s squad. 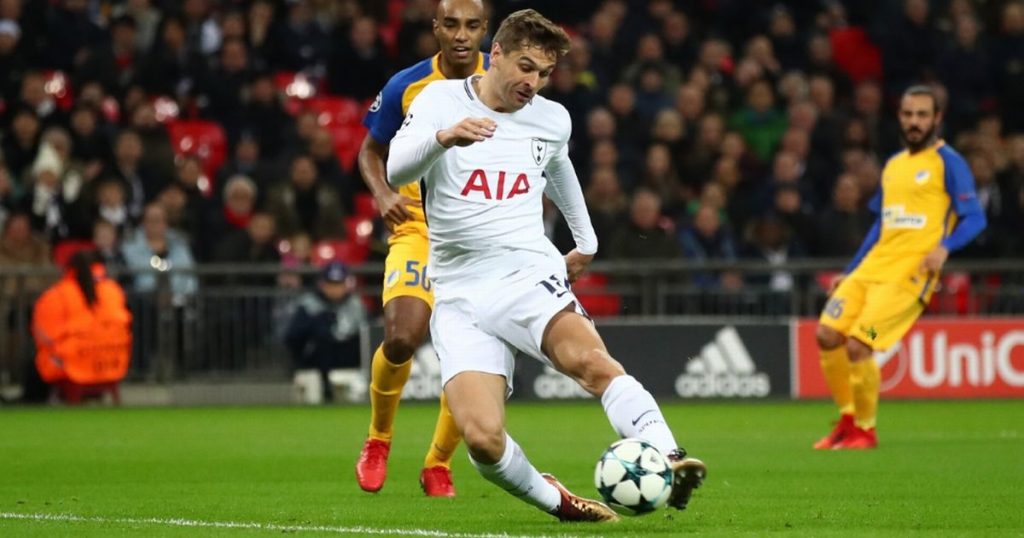 Due to his burly frame, his physical style of play will be a contrast to the options Farke has at his disposal. He has an obvious height advantage over most of his defensive counterparts, which makes him a genuine threat from set-pieces.

Llorente excels in linking up with his teammates with short and incisive passes in the final third, making him as a useful asset to the team. Also, his volumes of experience of playing in Europe could just be what Norwich need in a tight promotion chase.

Read more: Norwich holding onto 10-goal star amidst Galatasaray interest would be crucial to their promotion hopes

That said, Norwich should make a statement of intent by splashing the cash on Llorente in January. The experienced Spaniard could truly give them a massive boost in their promotion hopes this term.