According to a report from Calciomercato, AC Milan are interested in Sassuolo star Alfred Duncan. Milan have contacted the representatives of the player as well as his club for his services.

Alfred Duncan, 25, started his youth career with Inter Milan but failed to break into the senior squad, managing just three league appearances. After a successful two-year loan spell at Livorno, he left Inter permanently for Sampdoria in 2014. The Ghanaian, however, never managed to settle down at Sampdoria and after spending a season-long loan at Sassuolo, he signed for the club permanently back in 2016.

Now onto his fourth season at Mapei Stadium-Citta del Tricolore, Alfred Duncan has already attracted interest from AC Milan. With AC Milan very much interested in the Ghana international, Watford must beat the Italian giants to the signature of the player this month.

Not many would have expected Watford to occupy ninth place in the Premier League table at the halfway stage of the season. The Hornets continue to do well and earned a valuable point against Newcastle United on Saturday, courtesy of Abdoulaye Doucoure’s equaliser eight minutes from time.

Doucoure has arguably been Watford’s best player so far this season, contributing to the team’s cause with 3 goals and 5 assists. But his dazzling displays in the heart of Watford’s midfield have not gone unnoticed, with French champions Paris Saint-Germain eyeing a move for him in January. As per Get French Football News, PSG have already agreed on personal terms with Doucoure over a potential January switch.

Should Doucoure leave this month, it would create a huge hole in Javi Gracia’s squad and blunt Watford’s hopes of achieving a top-10 finish. Keeping that in mind, Gracia should sign Alfred Duncan in January.

Duncan is a quick, strong, agile and extremely hard working central midfielder who has the ability to pick out a pass and dribble past players with ease. A left-footed player, he is a really good distributor of the ball and covers a lot of ground due to his pace. He has a fantastic delivery on his left foot and is proficient is slipping those clever passes behind the opposition backline. 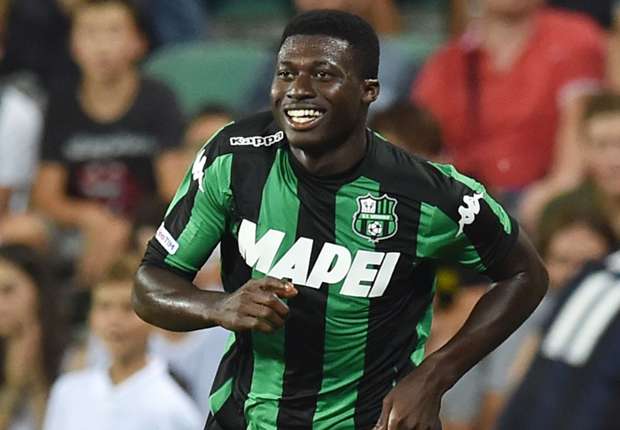 The Ghanaian combines his silky dribbling skills with his energy and low centre of gravity to deadly effect, making him such a tricky customer to deal with. Furthermore, Duncan is adept to breaking up the play with his tackling and can be dirty in the engine room when required.

At 25, Duncan is still quite young and could develop into a brilliant player in the coming years. A technically-gifted and a graceful midfielder, he could be Doucoure’s ideal long-term replacement at Watford.

Read more: 2 signings who can propel Watford to a Europa League finish this season including Bournemouth’s rising star

Therefore, Watford must show ambition in the transfer market and splash the cash to sign Duncan.