According to a report in Daily Mail, Premier League rivals Brighton and Crystal Palace are in the race to sign Montpellier right-back Ruben Aguilar before the transfer deadline.

Aguilar is set to make a move to England this summer, with the two arch-rivals going head-to-head for his signature (h/t Daily Mail).

While Palace are looking to replace Aaron Wan-Bissaka, who signed for Manchester United, Brighton must aim to replace Bruno, who retired at the end of last season. As of now, the 26-year-old’s contract with the French side expires next summer and it doesn’t look like that he will sign an extension. For that reason, he has been linked with a move away this summer, instead of becoming a free agent in 12 months’ time.

With both Brighton and Palace having their own requirements, we can expect a tough race between them to sign the player before Thursday’s deadline. Here’s why the former should beat the latter in this race:

Predominantly a high-quality right-back, Ruben Aguilar is a versatile full-back, who can play on the other side or operate as a wing-back if required by the team.

The Frenchman has improved his game massively over the course of the last 12-18 months. He played 29 league games last season, scored one goal and assisted a further five while playing at right-back and as a wide midfielder. 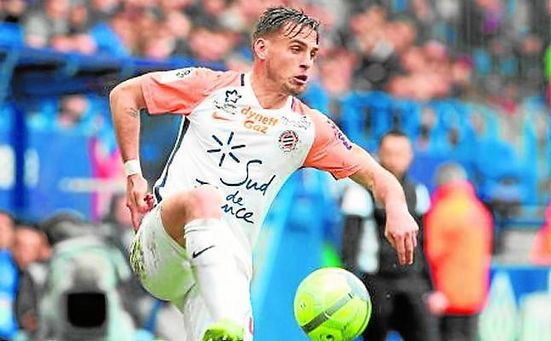 In terms of his attributes, Aguilar has good pace to make runs up and down the field. He is strong at defending one-on-one situations in wide areas and is a good dribbler of the ball. Also, he can deliver dangerous crosses into the box and is physically strong on/off the ball.

Brighton, who are now without the retired Bruno, should seize the opportunity to sign the Montpellier man this summer. With only Martin Montoya, who hasn’t settled in the Premier League yet, as their first-choice option at right-back, Aguilar’s addition could help a lot.

Thus, we can conclude by saying that the Seagulls should beat their rivals Crystal Palace in signature of Ruben Aguilar. This move could make them solid at the back and one of the challengers for a top-half finish.