The World Cup is finally here. Fans across the world are eagerly awaiting the colossal event but this time, suffice to say that England supporters would be harbouring lofty expectations from their team. The manager, Gareth Southgate, has completely changed the identity of the English national team and there has been a major squad overhaul as well.

There has been a lot of speculation about many of Southgate’s choices. For example, his decision to play a three-man defence with Kyle Walker as a centre-back was met with a lot of raised eyebrows. But as the tournament inches closer, Southgate must choose a No.1 to guard the area between the sticks.

Gareth Southgate has picked three goalkeepers in the World Cup squad – Jordan Pickford, Jack Butland and Nick Pope. But which of these 3 deserves the No.1 spot?

Pope, who was once an understudy to Tom Heaton, has now overtaken him in the pecking order for the national team. Heaton’s long-term injury in the opening stages of the season ruled him out for almost the entire term.

However, Pope came in and did an excellent job. He maintained 11 clean sheets in the Premier League last season, which is the most by any English keeper, and he also boasts of a save percentage of over 75%.

Interestingly enough, Pope doesn’t have a single cap for England and has only been a Premier League regular for one season. Despite his quality, it is too early for him to be the keeper at the World Cup.

Jack Butland has slowly been establishing himself as a top goalkeeper. Butland was the youngest goalkeeper to ever play for England when he made his debut back in 2012.

Despite that, he has only earned 7 caps until now. He was outstanding in Stoke City’s lacklustre 2017/18 campaign, making 144 saves, which is the most in the Premier League. He has a save success rate of about 70% and is a solid keeper who can be relied upon.

Stoke’s leaky defence was a hotly debated topic last season but Butland acted as a saviour for them on multiple occasions. Just like his compatriot Jordan Pickford, the goalkeeper enjoyed a stellar season with a relegated side.

Pickford joined Everton in the summer and from what we have seen so far, he has been a worthy investment. Pickford had some early struggles but he managed to settle in and his performances only got better.

He maintained 9 clean sheets with a save success rate of 65% whilst making a total of 120 saves. Pickford is an agile keeper with great reflexes and his distribution truly sets him apart from his competitors.

Pope is out of contention and it is just between Butland and Pickford. To be fair, it is hard to separate the two.

Butland makes a save more per game than Pickford on average but that could be down to the easily penetrable Stoke defence. However, it must be noted that Butland also claims more crosses, makes sweeper clearances and has a better long-ball accuracy. 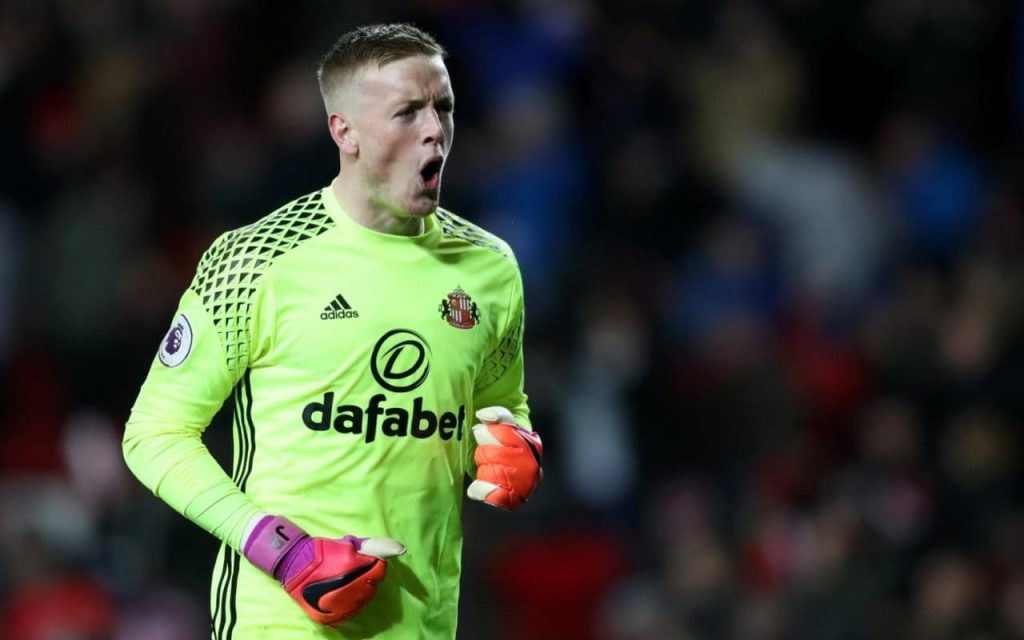 What makes this decision is tough is the fact that Pickford is not far behind. In fact, his overall passing accuracy and abilities are better than those of Butland’s. If Southgate wants a solid, reliable keeper, he’ll go for Butland but if he wants someone to be the first line of attack, he must go for Pickford.

Pickford started the latest friendly against Nigeria and he looks like the No.1 for England. He is composed on the ball, unafraid to take possession and has good distribution skills. This suits Southgate’s style of play and Pickford is likely to be the best choice.