According to a report from the Chronicle, Newcastle United have been watching Serie A side SPAL’s Francesco Vicari. The defender recently received his first international call up and has been really impressive in the Italian top-flight this season.

The Magpies were linked with a move for the 24-year-old last year and a move was considered in the January transfer window but it failed to materialise. However, the Magpies have continued to watch the centre-back and a move in the summer could be possible.

Newcastle have a dilemma with respect to the upcoming summer transfer window. Rafa Benitez’s contract situation is still up in the air, while a decision to make Salomon Rondon’s loan deal permanent is yet to happen.

The Magpies despite all of that have had a brilliant campaign in the Premier League, where after a slight scare earlier in the season, they ended up in 13th place.

That is a brilliant position for a club like the Magpies to end up in, especially after the constant financial issues that they have gone through up until last January’s transfer window.

The good of work this season has to be continued next term and tying up Rafa Benitez to a new deal in the summer will be pivotal in that happening.

The Spaniard has been an unbelievable influence to the Magpies since his appointment and losing him will only take Newcastle backwards next season.

Benitez has demanded the club to back him in the transfer window for him to commit his future with the club and Mike Ashley should make that possible this summer. One way he could do that is by sanctioning a move for Francesco Vicari. 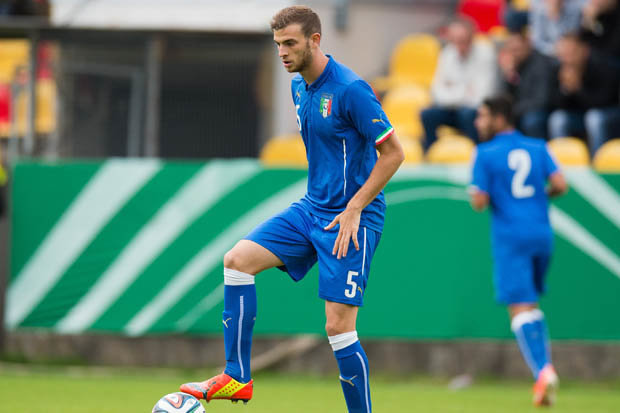 The Italian has played a massive part in SPAL’s promotion to the Serie A in the 2016-17 season and he has remained an integral figure in the squad since.

His performances have helped the Spallini to potentially get a 10th place finish this season and he would be a brilliant addition to the Magpies in the summer.

The 24-year-old has played 26 times in the league this season and has been a calm and composed figure at the back. At 6 feet 3 inches, Vicari is a dominating figure in both boxes and is a massive threat in the air.

His addition would give a ton of support to the likes of Fabian Schar and Jamaal Lascelles, who have had fantastic campaigns this term.

At 24 years of age, Vicari is at the perfect stage of his career to make a big switch in his career and the Premier League is an ideal destination for somebody of his potential.

Francesco Vicari is a very good centre-half who would certainly be an upgrade to what Newcastle currently have in their squad. The Magpies will have to strengthen their squad to continue their good work from this season and signing the Italian would be a perfect way to start.