Why Newcastle must reignite interest in Gian Marco Ferrari in January

According to the Sun, Newcastle United were interested in Sassuolo centre-back Gian Marco Ferrari.

The 26-year-old impressed last season on loan at Sampdoria, making 30 appearances in the Serie A. He was one of the pivotal figures of the Sampdoria team that finished tenth in the Serie A table.

Now back at Sassuolo, the Italian has been solid at the back in the seven games he has played in the Serie A so far. He has also netted two goals as Sassuolo have made a bright start to the new campaign.

Given that Ferrari has impressed in Sassuolo colours this season, should Newcastle rekindle their interest in the defender? 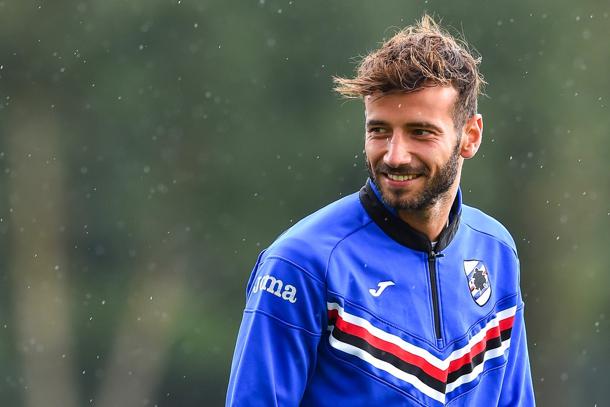 Rafael Benitez came close to claiming his first win of the season when his boys went 2-0 up at Old Trafford, only for hosts Manchester United to stage a remarkable 3-2 comeback last weekend.

All said and done, Newcastle have to improve and start picking up wins if they are to retain their Premier League status. The Magpies did make a few signings in the summer transfer window but they are yet to fully gel with the team.

Going by Benitez’s style of play and the emphasis he puts on the defensive structure, Newcastle should be leaking fewer goals than they have conceded this season.

Clearly, something has to change for Newcastle since the defenders that joined them in the summer have not lived up to the expectations of the supporters. Hence, one thing Benitez has to do is bring in another centre-half when the transfer window reopens.

Marco Ferrari would perfectly fit the bill at Newcastle. He is a typical Italian centre-half, someone who excels in defending. Ferrari falls in the category of the no-nonsense defenders who are strong and aerially dominant.

The 26-year-old is adept at throwing himself into tackles and is usually spot on with his interceptions. He is also a very good reader of the game, which often makes him position himself in the right place.

Newcastle spent on Fabian Schar and Federico Fernandez in the summer but neither of them has been consistent, which has put the entire pressure on Jamaal Lascelles. Moreover, Florian Lejeune has damaged his cruciate ligaments, which leaves Newcastle in dire need of defensive reinforcements in January.

Ferrari could be the right man to shore up Newcastle’s defence. The Italian’s strong, bullish and no-nonsense style of defending could suit Benitez’s style of play pretty well and help them avoid relegation this term.