Why Yoshinori Muto needs to start games for Newcastle United

Ahead of Newcastle United’s trip to Manchester United in the Premier League, Rafael Benitez gave an honest opinion on why summer signing Yoshinori Muto is not starting games for his team.

The 26-year-old was Newcastle’s most expensive summer signing after joining from Mainz in a £9.5million deal. Prior to the game against United, the Japanese forward had played only 86 minutes of top-flight action as he was trying to adapt to the Premier League.

And against a demoralised United team that had failed to win at Old Trafford in the previous three games in all competitions, Benitez decided to unleash Muto. While Newcastle lost the game 3-2, one positive for Benitez was Muto’s overall performance at Old Trafford.

The Magpies have made a dreadful start to their Premier League campaign after failing to win any of their eight matches in the league so far. They currently find themselves at 19th place on the table with just two points on board.

Although Newcastle’s defence has flopped so far this season, it is their attack that looks toothless and devoid of any energy.

With summer signing Salomon Rondon struggling with fitness, and Joselu and Ayoze Perez looking off the pace, Benitez needs a spark in his team’s attack. He got it from Muto last weekend, albeit the game ending in a defeat for the Magpies.

Muto registered his first goal of the season on his first start for the Toon Army in the Premier League. He was given a chance to lead Newcastle’s attack ahead of Joselu and the Japanese ace delivered the goods.

Newcastle were off to a flying start against United very early in the game when Kenedy scored. Muto gave Newcastle a healthy 2-0 cushion inside 10 minutes when he controlled a cross in the box, turned and rifled a left-footed shot past David De Gea. 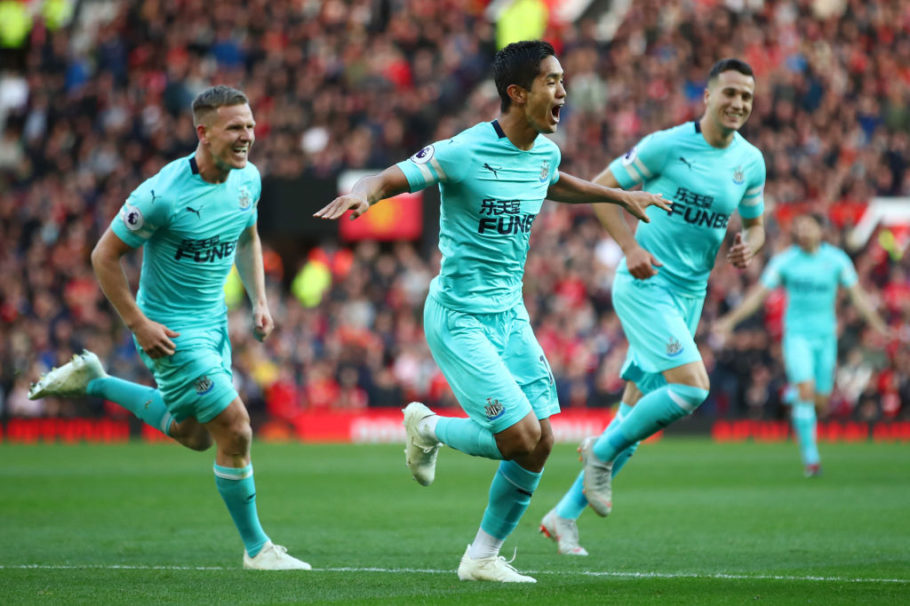 The Japan international had a great chance to give his club an unassailable 3-0 lead with a point-blank header in front of the Stretford End. Sadly, he couldn’t gather much power behind his header and De Gea made an instinctive save to keep the scoreline 2-0.

On that evening at Old Trafford, Newcastle found a striker who is deadly inside the box; a player who can make intelligent runs behind the defenders and cause all kinds of problems. Muto has shown that he has the ability to knit up play with his teammates, especially with Ayoze Perez.

The 26-year-old has given a glimpse of his quality and his ruthlessness in front of the goal will only increase with regular starts. Truth be told, he could be the real answer to Newcastle’s goalscoring woes this season.

With a promising display in his first start for Newcastle, Muto will now be bursting with confidence when the Magpies take on Brighton after the second international break.